"Be Infected With Coronavirus": Lawyer Curses Judge After Unfavourable Verdict 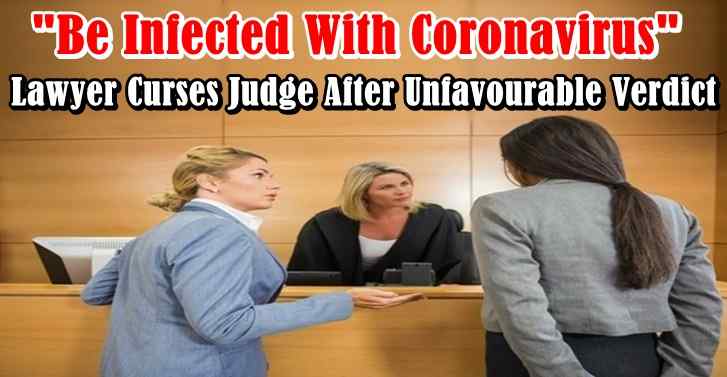 In an "abominable" act of misconduct after failing to get a favourable order, a lawyer cursed a Calcutta High Court judge, swearing he be infected with coronavirus, provoking the judge to recommend contempt action against him.

Justice Dipankar Datta admonished the lawyer, Bijoy Adhikary, for failing to uphold the dignity of the court and acting in a manner "not behoving a member of the noble profession," while directing him to reply to the contempt rule within a fortnight from the date on which it is served upon him.

Justice Datta also directed that the matter be heard by an appropriate division bench having the mandate to hear criminal contempt matters upon reopening of the court after summer vacation.

The Calcutta High Court has been hearing only very urgent matters since March 15 owing to the coronavirus outbreak, and from March 25, it is taking up such matters only through video conferencing.

Claiming urgency, Adhikary had moved the court of Justice Datta seeking a stay on the auction of a bus of his client by a nationalised bank for default in loan repayment.

Noting that the bus had been seized by the bank on January 15, the court refused to grant an urgent hearing. As the judge began dictating the order, a furious Adhikary repeatedly tried to interrupt him, thumped a table and banged the microphone on it.

"Adhikary was warned to behave but instead of heeding to such warning, he was heard to say that my future shall be doomed by him and for such purpose, he cursed that I be infected by the coronavirus," Justice Datta noted in the order. "Adhikary was curtly told that neither do I fear dooming of my future nor being infected by the virus; the majesty of the Court is what is paramount in my mind and to uphold that a rule for contempt could be issued against him," the judge wrote.

The lawyer seemed not to care and "was found to be unrelenting in shouting at the top of his voice, not behoving a member of the noble profession and thereby undermining the dignity and prestige of this Court."

Holding that the conduct of Adhikary, apart from being "abominable", prima facie amounted to criminal contempt, Justice Datta issued a suo motu rule for contempt against the lawyer on March 23.