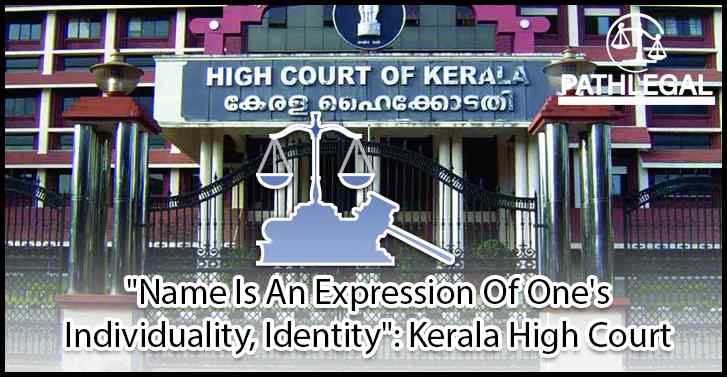 In a significant ruling, the Kerala High Court has held that expression of one's name in the manner one wishes is a fundamental right enshrined under Article (19)(1)(a) of the Constitution.

The observation was made by Justice Bechu Kurian Thomas, in a writ petition filed by a young girl, seeking a direction to the CBSE to allow her application for change in name.

Then Kashish Gupta, the 17-year-old student filed the petition before the High Court through advocate KR Vinod. The court remarked that the petitioner could not be deprived of her fundamental right to a name of her own choice based on a "hyper-technicality".

In the backdrop, Kerala had accepted the petitioner's wish to change her name and effected a gazette notification to that effect in 2017, pursuant to which change of name was carried out in the birth certificate, and other government-issued documents of the petitioner.

By the time the aforesaid processes were completed, the petitioner had written her All India Secondary School Examination in 2018 and a certificate was issued to her by the CBSE in her former name, based on the records available with the school.

Subsequently, her application for change in name, moved through the principal of the school, was rejected by the CBSE, citing Rule 69.1 (i) of the Examination Bye Laws.