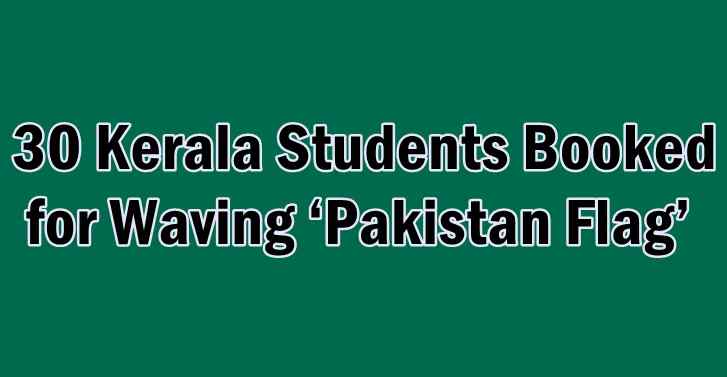 The police on Saturday registered cases against 30 students of Silver Arts and Science College, Perambra, for allegedly waving a green flag resembling that of Pakistan's national flag during a political campaign on the campus.

The incident took place on Thursday during a campus rally organized by the Muslim Students Federation (MSF) as part of the college election.

Though the students claimed that they waved only the MSF flag during the campaign which was also attended by Kerala Students Union (KSU) activists, the police refused to believe the argument. The incident came to light when a group of Bharatiya Janata Party (BJP) workers took it up with the police claiming that it was an attempt to encourage anti-national sentiments.

The police said the students were booked on the basis of video footage in which they were found waving the flag similar to that of the Pakistan flag. The booked students also included KSU activists who were present on the spot, the police said.

The students were charged under Sections 143 (unlawful assembly), 147 (punishment for rioting), 153 (punishment for creating provocation for riot), and 149 of the Indian Penal Code. Other applicable sections related to the waving of the flag would be charged after the investigation into the incident, the police said.

Meanwhile, the MSF and KSU leaders flayed the police action claiming that it was meant to insult students who took part in a peaceful campaign. The students used only a bigger size of their organizationâs flag and it was misinterpreted for an unknown reason, they claimed.