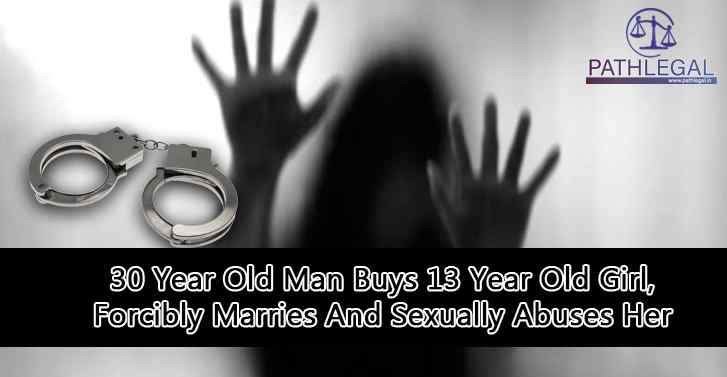 In a horrifying incident, a 30-year-old man from Babrana village of Rajasthanâs Chittorgarh district allegedly bought a 13-year-old girl from Uttar Pradeshâs Sonbadhr, forcibly married her at a public gathering seven months ago and then sexually abused her for several months.

After suffering for several months, the minor girl somehow managed to call the Childline helpline, following which she was rescued. Currently, she is staying at a shelter home in the district. On Wednesday, the survivor narrated her story to Dr Shailendra Pandya, a member of Rajasthan State Commission for Protection of Children, while he was on a visit to the shelter home.

According to Bhojraj Singh, in-charge of the shelter home, the girl is a native of UPâs Sonbhadra, where she resided with her parents, a brother and two sisters. She was a Class 6 student. The familyâs neighbour Lakshmi Dadeech is married to a Bhilwara resident, identified as Satyanarayan. On February 14, Lakshmi, on the pretext of a tour, brought the minor girl to Chittorgarh, where she was sold off to one Basanti Lal Dadeech of Babrana village for Rs 2.70 lakh, according to a report byÂ The Times of India.

After paying the money, Lal took the teenager to his village, married her at a mass gathering, and then sexually assaulted her. The minor survivor said that Lal and his elder brother thrashed her mercilessly when she called up her parents and narrated her ordeal. Her parents told her that they would take her back once the lockdown restrictions get lifted, but Lal did not let her speak to them after that, she added.

Police have been asked to register a case under the provisions of the POCSO Act, child marriage, child trafficking and domestic violence. Pandya said the state child rights commission would also take action against gangs involved in trafficking minors for marriage.