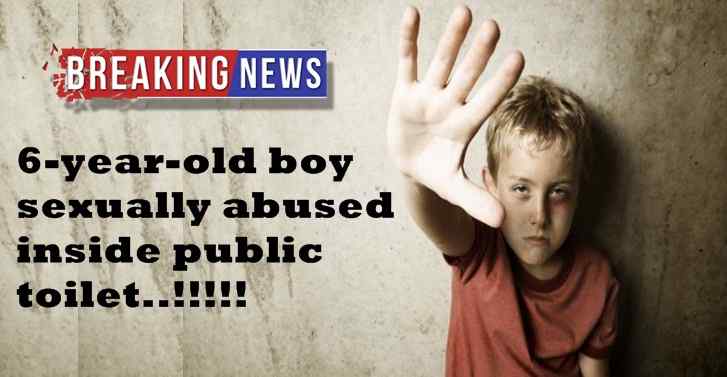 A six-year-old boy was sexually abused inside a public toilet by an unidentified person earlier this week in Mumbai. According to the police, the suspect also bit the boy's cheek when the child protested against the assault

Police are yet to identify the suspect, but have registered a First Information Report (FIR) under Sections 377 (unnatural sex) and 324 (voluntarily causing hurt) as well as sections of the stringent Protection of Children from Sexual Offences (POCSO) Act.

A police officer involved in the investigation said they are currently trying to calm the distressed boy down after which they will speak to him and try to get a sketch made of the suspect. The suspect's sketch could prove to be a crucial lead as the police have not been able to find any CCTV footage that could help crack the case.

"We are calming down the child. After that we will try make sketch of the accused with the help of the child. We checked the nearby area; there is no CCTV camera which will help us to trace the accused," the police officer said.

The incident took place in Mumbai's Oshiwara suburb and is being investigated by both the Oshiwara police and a unit of the Mumbai Police's Crime Branch, which probes serious crimes. Police have formed several teams to trace the suspect.

According to the police, the parents of the six-year-old boy grew worried when he did not return from his tuition on Monday. The parents then began searching for their boy, going to several public locations, calling out for him.

Three hours after they began searching for him, the parents found the boy inside a public toilet. Initially, the boy did not tell his parents anything and went to sleep after coming back home. That evening, however, he revealed to his parents what happened.

The boy told his parents that while he went to a public toilet while returning home from his tuition classes. Inside, a stranger forced the boy into a toilet stall and locked it from the inside. The stranger then sexually assaulted the child. When the boy protested, the stranger bit his cheek and then fled.

The assault left the boy in a state of shock. The child sought refuge in the toilet itself and did not leave it for hours until his parents came looking for him.