A Threat of Cryptocurrencies 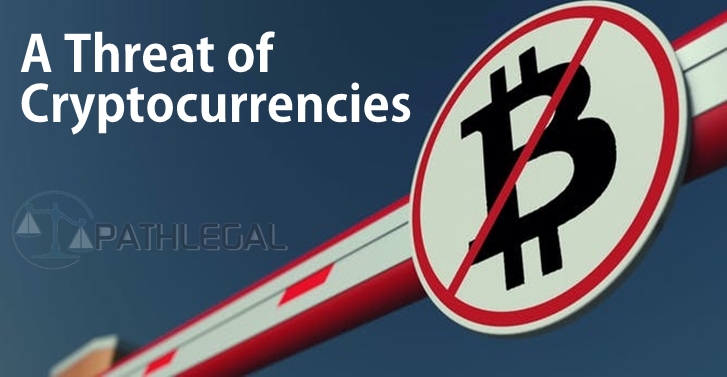 There is a great deal of discussion these days among wealthier clients about the use of âcryptocurrency.â The sound of âcryptocurrencyâ is very seductive. How cool that one might use Bitcoin or some other form of currency other than the currency guaranteed by the Central Bank of a particular country!

But what is cryptocurrency? The Merriam-Webster dictionary definition: cryptocurrency is a digital or virtual currency that is secured by cryptography, which makes it nearly impossible to counterfeit or double-spend. Most cryptocurrencies are decentralized networks based on blockchain technologyâa distributed ledger enforced by a disparate network of computers.

It is said that around 50% of the Bitcoin cryptocurrency---the largest and well-known âcoinââis owned by only 1,000 people. Yet the positive aspects of being a Bitcoin owner continue to attract the attention of millions of potential owners who like the following advantages:

The dominance of Bitcoin is because it was the first blockchain-based cryptocurrency. Bitcoin was launched in 2009 by an individual or group known by the pseudonym "Satoshi Nakamoto."

Financial professionals of all sorts and lawyers who are professional advisors or whose advice is sought should be aware of the risks of cryptocurrency coin investing, the holding of coins as investment, and speculation in coins.

Risks still remain high in areas of technology easily used for criminal purposes. Much work has been done to have blockchain coins achieve the same reliability as more familiar currency. Much more will need to be done as criminals also have increasing computing talent.

Innocent users are tricked by hackers (âcrypto-jacking.â) Outright theft requires the passwords used for protection of the blockchain and is subject to normal IPC sections related to theft, fraud, and misrepresentation. Therefore, outright theft is much less common than crypto-jacking and other hacker attacks.

There are two types of crypto-jacking:

Hacking is a slow process that takes time. If you are using high-level computer security, it is less likely your computer will be hacked. Otherwise, your cryptocurrency will slowly belong to the hacker.