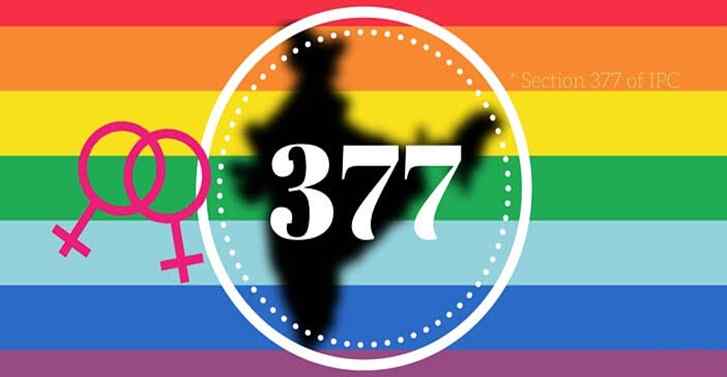 TheÂ judiciary of IndiaÂ lays strong emphasis on Constitutional morality which they regard as one of the core principles of a constitutional democracy such as India. The State of India, being the worldâs largest democracy and having the lengthiest written constitution in the world, peopleâs adherence to the Constitutional principles such as rule of law, social justice, individual freedom, egalitarianism becomes of utmost importance. September 6, 2018, was a historic day regard homosexuality in India. It was a day when people restored their faith in the Indian legal system. Section 377 was declared unconstitutional, however, some provisions still remain constitutional. A part of this section criminalized consensualÂ sexual actsÂ between same-sex adults calling it against the order of nature. The section 377 supreme court judgment came from a unanimous 5-judge bench of the Honourable Supreme Court, headed by theÂ Chief Justice of India, Mr. Dipak Misra.Â It was a day when Humanity prevailed over sexuality and love battled over all the odds.

The Most âDRACONIANâ section in IPC

Section 377 of the Indian Penal Code was defined as,

Unnatural offences.âWhoever voluntarily has carnal interÂ­course against the order of nature with any man, woman or animal, shall be punished with 1[imprisonment for life], or with imprisÂ­onment of either des c r i p tion for a term which may extend to ten years, and shall also be liable to fine. Explanation.âPenetration is sufficient to constitute the carnal intercourse necessary to the offense described in this section.

Here, against the order of nature means unnatural sex which includes sexual intercourse between same-sex adults and sex with animals.

The petition against Section 377 of IPC was first raised by an NGO called Naaz Foundation in 2001, which had approached the Delhi High Court in 2001. This 2009 judgment of the Delhi High court was overturned in 2013 by the Hon'ble Supreme Court of India which had also dismissed the review plea against which the curative petitions were filed which are pending.

The Apex court had started the hearing on the fresh writ petitions which challenged re-criminalization of consensual gay sex between two adults, rejecting the Centre's plea that sought delay of the proceedings by four weeks.

In 2013, it had restored the criminality of the sexual relationship between same-sex adults, after the Delhi High Court had decriminalized the same in 2009. But, the apex court's five-judge bench was clear on July 10, 2018, that it would not go into the curative petitions and would hear fresh petitions.

The Constitution Bench of five judges led by then the Chief Justice of India, Mr. Dipak Misra were unanimousÂ in its decisionÂ to scrap the 150-year-old draconian provision of the IPC. Other judges that comprised the bench were Justice RF Nariman, Justice AM Khanwilkar, Justice DY Chandrachud and Justice Indu Malhotra.

CJI Misra called Sec 377 IPC âirrational, arbitrary, and incomprehensibleâ as it fetters the right to equality for the LGBT community. What society thinks, has no say on people's freedoms.Â  Justice Khanwilkar and CJI Misra opined that âsocial morality cannot violate the rights of even one single individual.â Justice Malhotra said that the âSociety owes an apology to the LGBTQ community.â They have been historically denied equal representation over the years.

The judges also laid emphasis on theÂ Right to privacyÂ which was incorporated as aÂ Fundamental RightÂ under Article 21 of the Constitution of India in August 2017.Â  âThe right to privacy as part of the right to life applies fully to the LGBTQ community,â remarked former CJI Dipak Misra. Justice Chandrachud said that section 377 had devastated the identity of gay people. He further went on by saying, â Punishment under Section 377 had made the LGBTQ a closeted community.â He further added that the State has absolutely no business to get into controlling the private lives of the LGBTQ community members or be it any other citizen of India.

Thus, the five-judge bench upheld constitutional morality and principles and completely decided the matter on the question of law which was not based on a referendum. The apex court held a firm stance that no community, be it however small compared to the majority could be deprived of sexual rights or sexual orientation. There is nothing above a man's fundamental rights as guaranteed by Part 3 of theÂ Constitution of India. Section 377 was a clear infringement of Article 14 and 21 of the LGBTQ community since living with their own sexual identity made them a criminal in the eyes of law. The judgment was welcomed by many people across the country and it is perhaps, a huge stride towards liberalism when it comes to a human's natural rights.