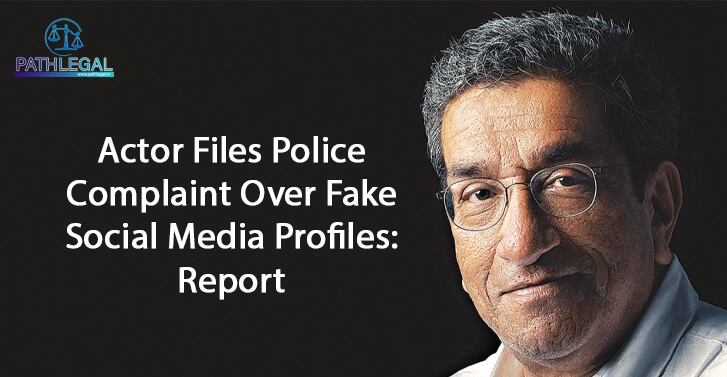 Popular Bengali actor Sabyasachi Chakraborty has lodged a complaint with the Kolkata Police, alleging that unknown people were operating fake social media profiles with his picture and name on them, and posting pornographic content, police said on Wednesday.

The actor, best known for portraying detectives ''Feluda'' and ''Kakababu'', told the police that he had come to know about the fake profiles only last month.

"Mr Chakraborty has no profile on any networking sites. He had noticed these fake social media profiles, being run in his name, on October 30, but ignored them initially. Later, people pointed out that objectionable photograph were being posted on the sites by those profiles. He then approached us," a senior Kolkata Police officer said.

Mr Chakraborty lodged the complaint with the cyber cell of the Kolkata Police on November 12.

Police have identified an IP address that was used to create and operate the fake profiles, the officer said.