Analysis And Myths On Male Rape 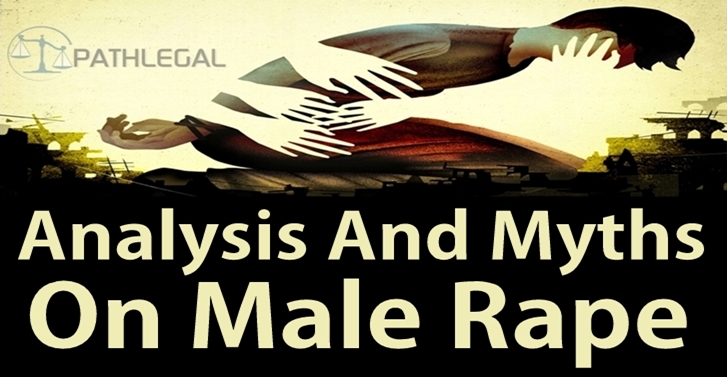 âRapeâ is a word and series of acts of sexual violence used almost in every part of the world. The word gives a deep terrorizing effect, which is based on an assumption that it is something that only a man can do to a woman. But this word is not only restricted to a rape done to a âfemaleâ but also includes rape done to a âmaleâ.

Male rape is partially defined as ââ¦an un-consensual act done by a force on a male by a male or a womanâ¦â Here the male is the victim of forced violent and unwanted sexual activity.

Put another way, rape through same-gender sex is to enter the world of what is known as âhomosexuality.â The more popular media term these days is âgay.â Yet male-with-male sex can be found in the earliest writings and art of all cultures.

Such male-with-male sex has been historically considered the domain of the more wealthy, more educated, more culturally sophisticated, and more powerful of the elite of any particular kingdom or empire.

Due to the wealth and power of these elites, sexual practices had far broader boundaries and tastes for them than those of the lower classes. This is why male-with-male sexual acts retain a dedicated following today.

Yet there are times when even broad boundaries are overstepped and even in the cases of male-with-male sexual activity, violent, forced rape can occur. That is, there may have been no consensual agreement to have sex between two men, just violent coercion. Or the agreement was withdrawn if the sexual activity was too hurtful to one of the sexual partners.

In incidents of sexual violence reported to the USA National Crime Victimization Survey, 38% of victims were men. Â Intrigued, Dr. Erika Herald and Dr. Rachel Morgan, Statisticians at the Survey, Â began to investigate: Was sexual violence between men and against men more common than previously thought?

Male rape also has to be understood in context. For example, imprisoned men who are raped while in prison or at some workplace in which they are powerless and to obey are most likely not âgay.â. They have no other choice and canât help themselves.

There are a lot of myths around male rape and molestation which is why many men would not report the abuse. The common myths are

With societal constructs of menâs emotional strength and stoicism, there are additional concerns for men who have been sexually assaulted.

The questioning of masculinity, the fear of only being able to have a sexual attraction to men after the rape,Â  the fear of being named and shamed. Hence, it is important to address the issues faced by both male and female survivors. Ultimately, the struggle to overpower the myths that weaken the rape victim can indeed strengthen the man (and woman) who has been raped and survived.

A male rape victim must be strong in overcoming the effect of the rape. Male rape is not âa girl thing.â