Appeal By Victim Against Acquittal Of Accused Possible? 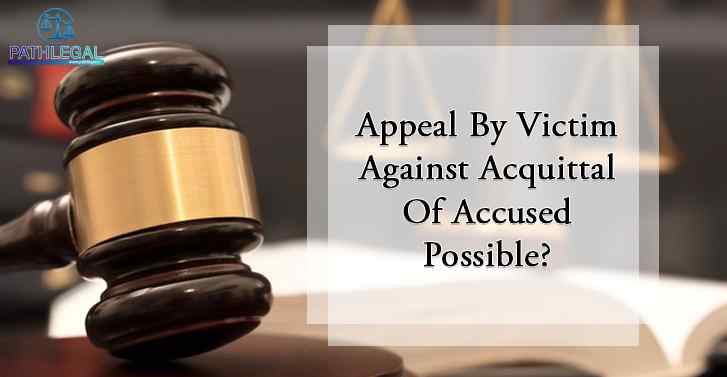 In Mallikarjun Kodagali (Dead) Through Legal Representatives v. The State Of Karnataka, the Apex Court noted that victim of a crime has to go through the trauma of crime and it does not stop there. The victim faces difficulties even when lodging an FIR and this difficulty continues even during trial. Rewinding the whole ordeal by a victim, again and again, is traumatic for the victim especially for those victims of sexual offences. The court while considering this case felt that compensating a victim of crime is not adequate.

In this case, the deceased appellant was a victim of a crime and he lodged an FIR. The Trial Court had acquitted the accused and so the appellant filed an appeal under Section 372, Cr.P.C.before High Court and the court held that it was not maintainable. So, another appeal was filed under Section 378(4), Cr.P.C. before the High Court where the court held the appeal was not maintainable. Challenging the order, anÂ appeal was made before the top Court and the court noted:

ââ¦..the correct position in law would be that the right to file an appeal by the victim of an offence is an independent and statutory right not subservient to the rights of the State to file an appeal. It was further concluded that each victim has an independent right of appeal and in a given case, the grievance of different victims may be completely different. It was held as follows:

âIn our opinion, the correct law, as emerging from the scheme of the Code, would be that the right of a victim to prefer an appeal (on limited grounds enumerated in proviso to Sec. 372 of the Code) is a separate and independent statutory right and is not dependent either upon or is subservient to right of appeal of the State. In other words, both the victim and the State/prosecution can file appeals independently without being dependent on the exercise of the right by the other. Moreover, from the act or omission for which the accused has been charged, there may be more than one victim and the loss suffered by the victims may vary from one victim to the other victims. Therefore, each of such victims will have separate right of appeal and in such appeals, the grievance of each of the appellant may be different. For instance, in an act of arson when a joint property of different persons has been set on fire, the loss suffered by each of the co-sharers may be different. In such a case, each co-sharer has a separate right of appeal and such right of one does not depend even on the filing of such appeal by another victim.ââ Lawyers in India can provide further details in this regard.