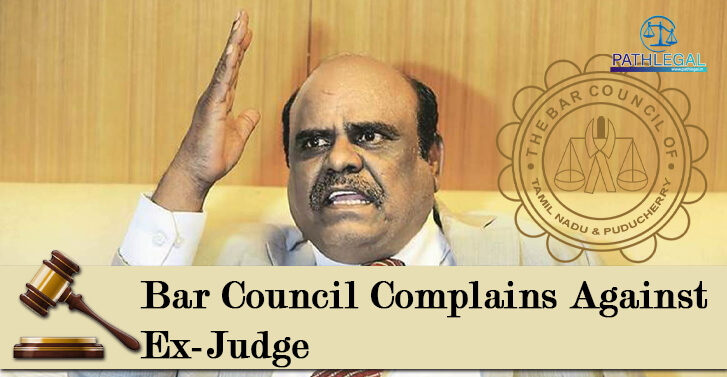 âWhy are the police not taking action despite several complaints?â

The Bar Council of Tamil Nadu and Puducherry (BCTNP) on Friday complained to the Madras High Court that its former judge Justice C.S. Karnan was continuing to post objectionable videos on social media despite an interim order passed by the court on November 10.

Appearing before a Division Bench of Justices M Sathyanarayanan and R Hemalatha, BCTNP counsel C.K. Chandrasekhar wondered why the police was not taking any action against the former judge despite several complaints having been lodged with it.

The advocate pointed out that the Bar Council had initially filed a writ petition on the issue and obtained an interim direction to the Home Secretary and Director General of Police to ensure that Facebook, Google, and YouTube block access to videos in which the former judge had abused some Supreme Court as well as High Court judges and their spouses using âvituperative and vulgarâ language.

Even after the interim order, the former judge continued his tirade of abuse against the judiciary and hence the BCTNP chose to file a criminal original petition too seeking a specific direction to the cybercrime cell attached to the Greater Chennai Police to register a First Information Report (FIR) on the basis of a complaint lodged by the council on November 6.

When the direction petition was listed before Justice T. Ravindran on Thursday, he chose to refer it to the Division Bench, led by Justice Sathyanarayanan, since it was seized of a similar writ petition preferred by BCTNP.

After explaining the developments, Mr. Chandrasekhar urged the Bench to issue a direction to the police to register an FIR forthwith and arrest people who were aiding the former judge to upload the videos on social media.

The lawyer expressed surprise over the stoic silence maintained by many eminent personalities who had not even chosen to issue a statement condemning the former judge and also the reluctance of the police to register an FIR against him.

He said it was unfortunate that no one was coming forward to take action against a person who was sullying the image of the judiciary.

After hearing him out, Justice Sathyanarayanan said his Bench would hear the direction petition on Monday if the Registry could obtain, by then, the approval of Chief Justice Amreshwar Pratap Sahi to the reference made by Justice Ravindran.