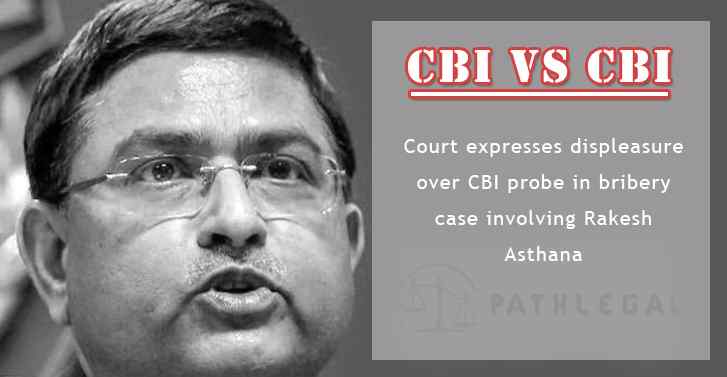 A Delhi court on Wednesday expressed displeasure over CBI's investigation into a bribery case involving its former special director Rakesh AsthanaÂ and said why the accused with a bigger role in the case were roaming free while the CBI arrested its own DSP.

"Why certain accused, who seem to have a bigger role in the case, were roaming free while the CBI arrested its own DSP," asked special CBI judge Sanjeev Aggarwal.

The court put up the matter for further consideration on February 19. Asthana and DSP Devender Singh, who was arrested in 2018 and later got bail, were named in column 12 of the charge sheet since there was not enough evidence to make them accused.

Rakesh Asthana was the Special Director at CBI. He was alleged to have received a bribe from the accused who was involved in a case that was investigated by him. The case was in regard to meat exporter Moin Qureshi who was investigated for evading tax, money laundering and graft.