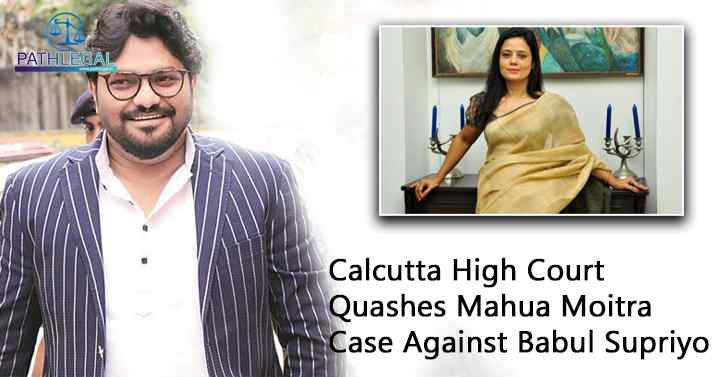 MP Mahua Moitra had filed a case against theÂ MP accusing him of outraging her modesty during a TV debate. The police had registered the case and filed a chargesheet. The police were directed by a local court in West Bengal to initiate action against Babul Supriyo under Section 509.

The high court has quashed the case.

The high court order stated, âGiven the above discussion the instant criminal revision under Section 482 of the Code of Criminal Procedure is allowed on the contest, however, without cost. The connected applications are also disposed of.â

âHowever the opposite party No 2 is at liberty to take any action, according to law, if available to her against the petitioner before the appropriate forum and in such case, the learned Court below will take appropriate steps without being influenced or swayed over by any observation made by this Court in this judgment.â