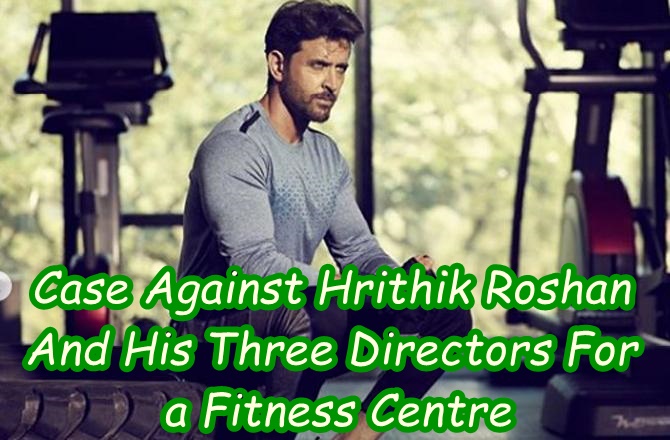 The judge gave this interim direction after hearing a plea filed by the three directors and Hrithik, who were urging the court to quash the FIR booked against them by KPHB colony police.Â The FIR against them was the result of a complaint filed by I Shashikanth of Kukatpally, who charged CultFit fitness centre of cheating him with false promises of weight loss.

The complainant claimed that they were promised unlimited workout sessions at the fitness centre. But entry into the gym is facilitated by online booking of slots and the system always claimed that the slots were full.

Feeling cheated, Shashikanth filed a police complaint. Challenging this FIR, the fitness centre directors â Mukesh Bansal, Ankit Nagori and Shanmugavel Mani Subbaiah â along with their brand ambassador Hrithik Roshan filed the current plea urging the court to scrap the FIR against them because the complaint spoke of no crime.

Arguing the case of CultFit, senior counsel T Niranjan Reddy told the court that the fitness centre had terminated the membership of Shashikanth and his money, too, was refunded. Hence, the question of him getting online access to the training sessions does not arise. Moreover, Hrithik Roshan is only a brand ambassador and has got nothing to do with the day-to-day affairs of the centre. Registering an FIR against the fitness centre was unfair and making Hrithik an accused was absurd, he said.

The judge gave notices to the cops and Shashikanth and directed them to file their counters within four weeks. Till then, the police were told, not to take any coercive steps against the directors and Hrithik.