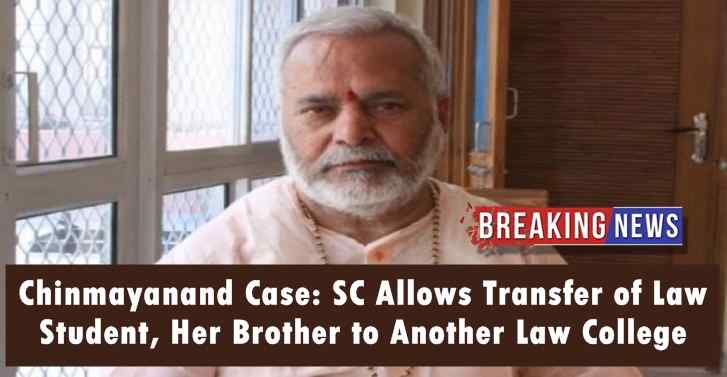 The Supreme Court has asked the Uttar Pradesh administration to transfer the Shahjahanpur student and her brother to other law college affiliated to Bareilly university.

he Supreme Court has allowed the transfer of the Shahjahanpur woman, who accused BJPâs Chinmayanand of sexual harassment, to other colleges affiliated to Bareilly university saying that her "future was important".

Taking up the case on Wednesday, the SC directed the administration to admit the law student and her brother to any other college affiliated to Bareilly university.

The Supreme Court has requested the Bar Council of India to increase seats in the concerned colleges to accommodate the woman and her brother in LLM and LLB courses respectively, news agency PTI reported.

The SC said the woman and her parents are at liberty to go home and asked the Delhi Police to provide adequate security to the law student and her family.

The direction came after the Uttar Pradesh government told the Supreme Court that in compliance with SC order they have made all arrangements for transfer of the woman and her brother to other colleges with hostel facility.

The SC had earlier held an interaction with the law student. During the meet, the law student had told the judges that she doesn't want to continue her study in the college.