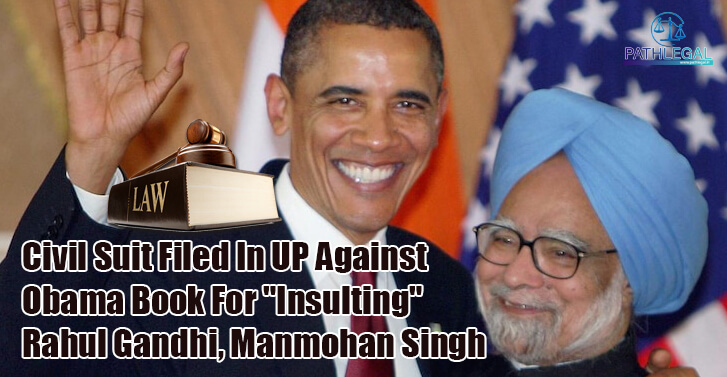 A Lawyer in Uttar Pradeshâs Pratapgarh has filed a civil suit against former US President Barack Obamaâs latest book âThe Promised Landâ in which he has mentioned Congress leaders Rahul Gandhi and Manmohan Singh.Â

Gyan Prakash Shukla, national president of All India Rural Bar Association, has filed the civil suit in Lalganj Civil Court. The case has been scheduled for hearing on December 1.

The lawyer has alleged in his petition that what Obama has said about Manmohan Singh and Rahul Gandhi is humiliating and an attack on the sovereignty of the country.

If an FIR is not lodged, the lawyer has said will go on a fast outside the US embassy.