Complaint Against Anushka Sharma Over Comments On Gorkhas In Paatal Lok 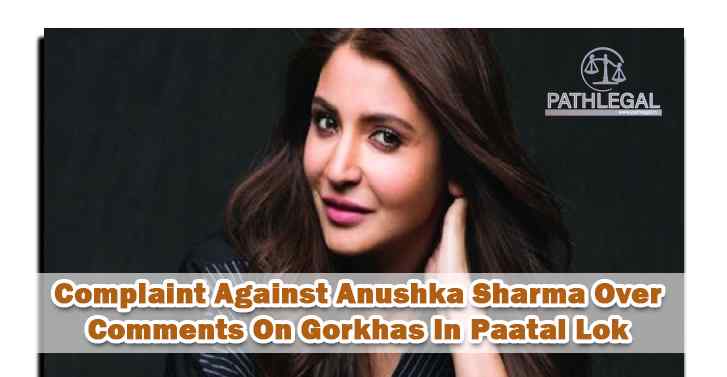 A Gorkha community group on has filed a complaint against actor-producer Anushka Sharma over some remarks made on the community members in her latest production venture Paatal Lok.

The All Arunachal Pradesh Gorkha Youth Association filed its complaint online with the National Human Right Commission (NHRC) on May 18 over alleged "sexist slur" made against the community in the web series.

Earlier this week, the Bharatiya Gorkha Yuva Parisangh (BhaGoYuP), the youth wing of Bharatiya Gorkha Parisangh, had also started an online campaign seeking that a particular scene is muted and the corresponding sub-title is uploaded again with a disclaimer.

In the online petition, the group alleged that the objectionable remarks have been used against a woman character, whose name suggests she belongs to the Khasi community of Meghalaya.

The Gorkha groups are saying that the clip, in the second episode of the web series, normalises racism against the community.

"Such stereotyping not only maligns the community as a whole but normalizes such racism as a standard practice for the people. It sets a distorted image among people regarding a certain community, the brunt of which, the people living there have to face," said Nanda Kirati Dewan, president of the Bharatiya Gorkha Yuva Parisangh said.