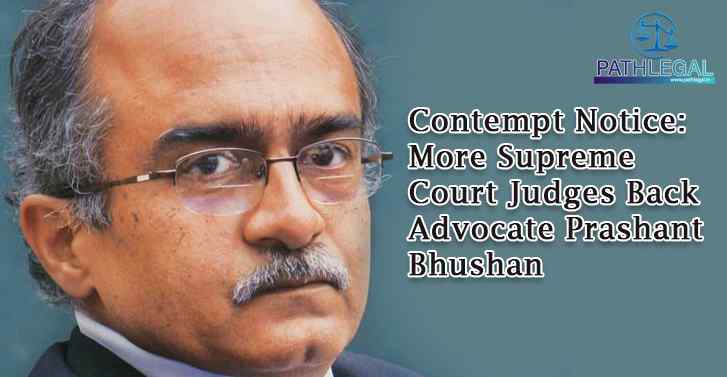 Eight retired judges, including seven former Supreme Court judges, on Wednesday joined 131 others in expressing solidarity with advocate Prashant Bhushan and sought withdrawal of contempt proceedings initiated against him last week by the apex court.Â

Earlier, a group of 131 prominent personalities, including retired judges, former bureaucrats, ambassadors, activists and academics, issued a statement that initiation of criminal contempt proceedings against Bhushan over his tweets on judiciary amounts to âstifling criticismâ.

âThe initiation of contempt proceedings against Bhushan, who had articulated some of these concerns in his tweets, appears to be an attempt at stifling such criticism, not just by Bhushan but by all stakeholders in the Indian democratic and constitutional setup. We believe the institution must address these genuine concerns,â the statement read.