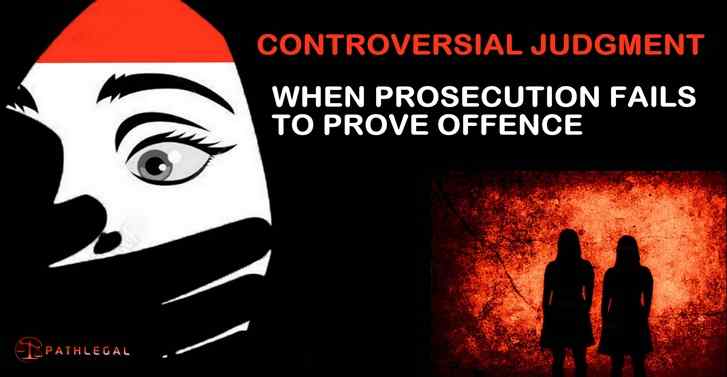 The Court of Session, Palakkad division Special Judge Sri. Muralee Krishna. S. was delivered the controversial judgment.Â  The fact of the case was a 13-year-old girl was found dead in the one-room house, where she lived with her parents and her sister in Walayar in Palakkad district of Kerala. Fifty-two days later, her sister, a nine-year-old was found dead on the evening of March 4 in the same house. In both cases, the Walayar police station filed a case under the Code of Criminal Procedure (CrPC) 174, or a case of unnatural death. In the days to come, five people, including a juvenile, were arrested and charged with various sections including rape, sexual assault, and abetment of suicide. More than two years later, all the four men have been acquitted by the First Additional Sessions Judge (Special POCSO Court).While dismissing the circumstantial evidence, the judge also wrote about the lack of scientific evidence. Additional Sessions court judge Muralee Krishna S noted, âno semen or spermatozoa could be collected either from the specimen collected from the deceased girl or from the dresses of the accused. There is an absolute absence of scientific evidence to connect the accused with the alleged offense.âÂ

In this case defencecounsel refered with the case namedAnjuChaudhary v. State of U.P. and Another (2012 KHC 4760), In this case the Hon'ble Supreme Court held that âOn the plain construction of the language and scheme of S.154, S.156, and S.190 of the Code, it cannot be construed or suggested that there can be more than one FIR about an occurrence. However, the opening words of S.154 suggest that every information relating to commission of a cognizable offence shall be reduced to writing by the officer in Â­ charge of a Police Station. This implies that there has to be the first information report about an incident which constitutes a cognizable offence. The purpose of registering an FIR is to set the machinery of criminal investigation into motion, which culminates with filing of the police report in terms of S.173(2) of the Code. It will, thus, be appropriate to follow the settled principle that there cannot be two FIRs registered for the same offence. However, where the incident is separate; offences are similar or different, or even where the subsequent crime is of such magnitude that it does not fall within the ambit and scope of the FIR recorded first, then a second FIR could be registeredâ. Read the judgment belowâ¦. more legal judgment in India.