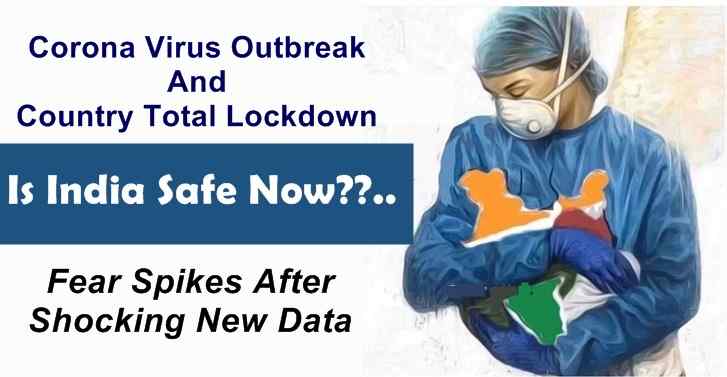 The Corona Virus outbreak had started to take lives rapidly in India. The death count is increasing day by day. Thus there arises the question, Is India safe now? The shocking new data had caused fear spikes among the people in the country. The government has been taking stringent measures to overcome it. The country is under total lockdown now. But are these measures really helpful? It is a true fact that now India is in the grip of coronavirus. As India is one of the thickly populated countries over the world, the spread may be unimaginable, if it is not controlled in an effective way.

An Economist Robert Subbaraman stated that Indiaâs exposure to coronavirus is less compared to other countries. But this scenario may or may not be changed. There is no surety on it. He also added that âIndia does not have strong links with China in terms of visitor arrivals and so forth in some of these other Asian countries but also the economic spill-overs from China on to India are not severe.â But it is only one side of the story. And the situation will change when the virus started to spread in large amounts.

The virus had already affected the industrial sectors, textiles, electronics, chemicals, medicines, agriculture, IT sector, etc. The government is taking measures to protect the industrial sector. It will be a great difficulty for India to overcome it. Because tourism in India had mostly affected as it is one of the major income of the country. The judicial system had completely shut down and so lawyers in India need to face more issues. Not only India but also every country that had the corona outbreak needs to face such a situation. It is a true fact that the world economy is in danger.

In the current situation, the whole world is looking at how to cure this epidemic. New vaccines must be invented as fast as possible. The director of the National Chest Centre, Dr. Bharat Gopal said that âVaccines are already in pipeline as per the medical reports are available. But, it is not something that we are looking at in a month or so because it requires rigorous trials to put it to human use. There have been case reports where already existing drugs used for HIV have used in different mixtures and combinations along with the flu medications. Few patients have shown good recovery to this and the reports of coronavirus have become negative faster than the others. So, I think, there is a randomized trial that is slated to begin in the next few days in many hospitals in China. A lot of work medically has been done. WHO has already sent its team to China and I think there are going to put all the efforts to find a cure.â