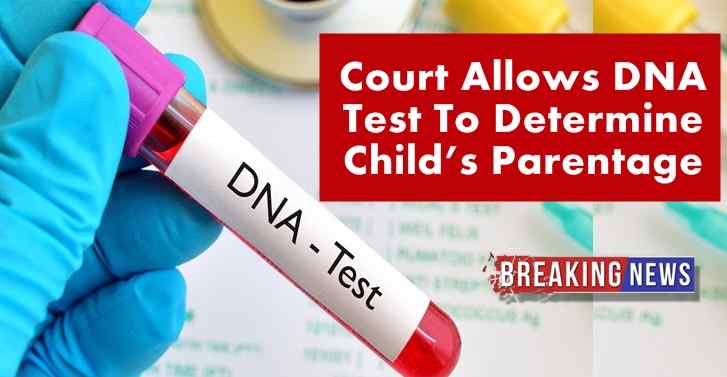 CUTTACK: The Orissa High Court has allowed DNA test in a case where the husband challenged parentage of the child his wife gave birth to only after six months and 17 days of their marriage.

The Court allowed the DNA test in a divorce case to resolve the paternity dispute with the husband accusing his wife of having premarital relationship with another person. He had claimed that he was not the father of the child.

The husband had turned to the High Court after the Family Court, Cuttack dismissed his plea on October 15, 2014 to ascertain the paternity of the child by DNA test. While setting aside the Family Courtâs order on Friday, the Single Judge Bench of Justice Biswanath Rath said, "This Court is of the view that the only test to prove such disputes is to have the DNA test."

As the wife was ready for DNA test, Justice Rath felt âno effective conclusion involving the issue involved herein can be reached minus a blood testâ. The wife expressed had readiness for the test while claiming that she got pregnant for cohabitation with her husband.

While fixing January 22 for conducting the DNA test of the child either at the Central or State Forensic Science Laboratory available in Odisha, Justice Rath in his order said, "The wife will accompany the son to the laboratory at 11 am of the date fixed in the vehicle arranged at the cost of the husband when the petitioner herein shall also be present to have his blood sample to be drawn by the competent authority along with the blood of the child and the wife. The entire expenses for the procedure shall also be borne by the husband. Blood samples shall be drawn in presence of all the three involved. The report of the Lab shall be submitted to the Family Court within 10 days thereafter."

In his order, Justice Rath however said, âAt the same time, keeping in view that there is possibility of attempt of tarnishing the prestige of the wife as well as the child involved by the husband, the husband is directed to deposit a sum of ` 2 lakh in the Family Court before the date fixed for drawing blood sample.â

According to the case records, the marriage was held on May 11, 2005 and the child as per the Medical Certificate was born on November 27, 2005.