Distinguish Between Order And Decree 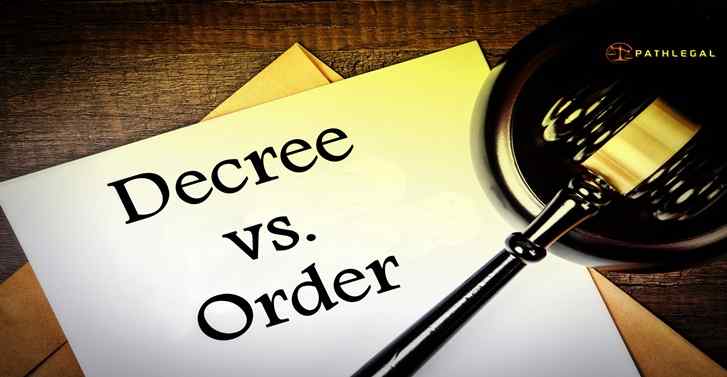 Law suggests a collection of rules which are perceived by a nation to administer the activity and conduct of the natives. It very well may be assembled as substantive law â that learns the privileges of the gatherings and procedural/modifier law â that decides the training, methodology, and apparatus to execute the rights and obligations. On the grounds of decree or order, a judgment is passed by the court. A request is only a judgment while an announcement is a last piece of judgment.

According to section 2 of CPC, "decree" means the formal expression of an adjudication which, so far as regards the Court expressing it, conclusively determines the rights of the parties with regard to all or any of the matters in controversy in the suit and may be either preliminary or final. It shall be deemed to include the rejection of a plaint and the determination of any question within [3] section 144, but shall not include-

(a) any adjudication from which an appeal lies as an appeal from an order, or

(b) any order of dismissal for default.

Examples of decisions which are DecreesÂ âÂ Dismissal of appeal as time-barred, Dismissal or a suit or appeal for want of evidence or proof, Order holding appeal to be not maintainable.

Section 2(14) of civil procedure code defines what is an order. It states that "order" means the formal expression of any decision of a Civil Court which is not a decree. Orders are of two kinds, appealable orders, and non-appealable orders.

For further information, you can consult lawyers in India.