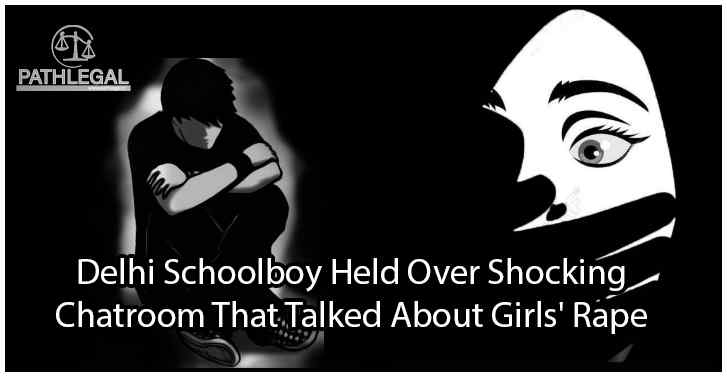 A Delhi schoolboy has been taken into custody and more have been identified as the police investigate a horrific students' Instagram group chatÂ that talked about rape of schoolgirls. The group called "Bois Locker Room", which has caused huge outrage since it was exposed on Sunday, is deactivated now.

The teen, from a well-known Delhi school, has identified 20 more boys who were active on the group. His mobile phone has been seized by the Cyber Cell of Delhi Police.

Class 11 and 12 students of four or five schools in south Delhi are believed to be involved in the outrageous forum that is every parent's nightmare; the schoolboys casually talked about rape, sexual objectification and slut-shamed schoolgirls on the chatroom.

The cyber-crime division of the police has written to Facebook-owned Instagram for details on the group.

The controversy surfaced on Sunday after several social media users posted screenshots on Instagram and Twitter of "Bois Locker Room", which had 100 members. A girl posted screenshots sent to her by a member just added to the group.

Instagram user Niska Nagpal was one of the first to expose the group. In her thread, she pointed out underage targets of the group.

A 19-year-old college student from Delhi filed a complaint when she discovered her images shared on the chatroom. Yesterday, the administration of one of the schools went to the police.

The screengrabs showed students from some of Delhi's top schools posting photos of teenage girls without their consent along with comments too crude to be reproduced.

A number of conversations revolved around sexual assault often against their own classmates, in a frighteningly casual way, raising worries about the normalizing of rape, misogyny and objectification in schools.

"I will rape her easily," one of the posts read.

The hashtag #BoysLockerRoom trended on social media, drawing thousands of posts. Many talked about another "Me Too" moment in India and called for a need to address toxic masculinity starting from schools.

A social media user by the username @ashnaasharma, who also flagged posts from the group, wrote on Twitter, "I have never in my life been so furious. These shameless f***** are not even slightly guilty about what they've done. They're going around and hacking our accounts now. NOTHING CAN OR WILL STOP US."

why are "boys locker room" chats so normalised? how is it okay to comment cheaply on a girl's physical appearance? this should not be normalised. an incident took place today which makes me feel unsafe as a woman. i stand against it, action should be taken.

According to social media accounts that posted the screenshots, members of "Bois Locker Room" even threatened to leak nude photographs of the women who reported them and launched a second group.