Did A Godman Deceive You? 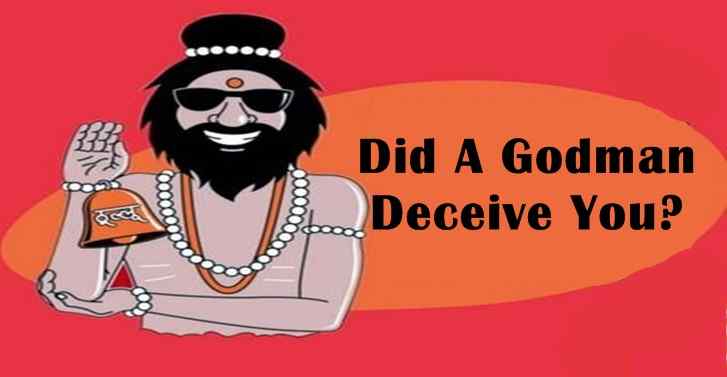 Though India is a country infamous for the fake Godmen, there is no dedicated statute in the country to deal with those fraud Babas or Godmen or their divine business products; and as we are blessed with the legislatures who are not ashamed themselves to kneel before these fake Gods, we can't expect a statute to prosecute these fraudsters in the near future.

In my research, I didnât find any piece of such laws neither in India nor anywhere in the world for the above purpose; the absence of a foreign enactment may be due to the reason that these kinds of Babas are rare phenomena seen only in the Indian sub-continent. The only effective provision in Indian Penal code to deal with these persons is the Section 420 - cheating. I found a judgment delivered by Honorable Justice K T Thomas in the case of SRI BHAGWAN SAMARDHA SREEPADA V.VENKATA VISHWANDADHA MAHARAJ V. STATE OF ANDHRA PRADESH & ORS. in 1999; which seems to be a valid piece of law with respect to the above situation. In this case dismissing the Appeal, filed by the fake Baba B S Sreepada to quash the charges leveled against him by the prosecution under Section 420 of the Indian Penal Code, the Supreme Court opined that âif somebody offers his prayers to the God for healing the sick or any magical remedies, there would not be any element of fraud. But if he represents so for the other to believe that he has some divine powers and either directly or indirectly, it is an inducement referred in Section 415 of the IPC. Anybody who responds to such inducement pursuant to it and gives the inducer money or any other article and does not get the desired result is a victim of the fraudulent representation. Court can in such a situation presume that the offence of cheating falling within the ambit of Section 420 of the IPC has been committed.

The other provision which is equipped to deal with these fraudsters is the Section 508 in the Indian Penal Code, which states as follows;

Section 508 of IPC: Act caused by inducing person to believe that he will be rendered an object of the Divine displeasure.â

Hence, the only remedy, which I found in favor of the victims of these Babas, is to look at the sky and sit with your fingers crossed; the idiots deserve nothing more than that. Â Â