Distinguish Between Perjury And Suborn Perjury 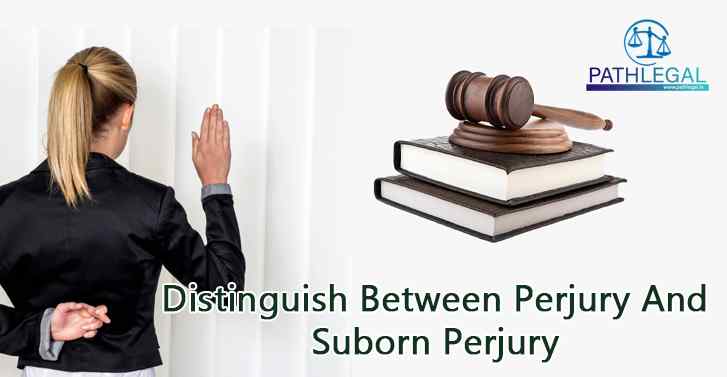 It is very obvious that once a person has sworn-in in court , the person has to say only the truthÂ  in a legal proceeding in the court. But quite contrary to this , it does occur that a person even after swearing-in in the court does say a lieÂ  or made to say a lie . which is a crime and obstructs justice.

When sworn-in in court then whatever being said has to be truth in the court and if instead of truth , false claim or lies is said in court , then that is called perjury.Â  It does not help the court in administering justice .

Perjury occurs in all types of legal proceedings . The person commits perjury wilfully and knowing that whatever statements made is a lie . Making such false statement is to mislead the courtÂ  and leads to miscarriage of justice.

When perjury is committed on the persuasion of another , then it is subornation of perjury . Compelling another to make false statements under oath during a legal proceeding in court is also a crime .Â  This false statement made intentionally by the one who took oath in court and the other who induced the other to commit perjury know that the statements made in court were lies.

Suborning perjury is indeed a crime as it is again misleading the court in the administration of justice. Suborn means to make one person do perjury. For subornation of pejury , first a perjury hasÂ to be committed , has to beÂ committed intentionally and wilfully and the person committing perjury along with the person who persuaded has the knowledge that the statements made afterÂ swearing-in are lies .The person who had persuaded the other to commit perjury is also guilty of the crime .

When sworn-in in court , ensure that truth and only truth is said in court for administering justice.