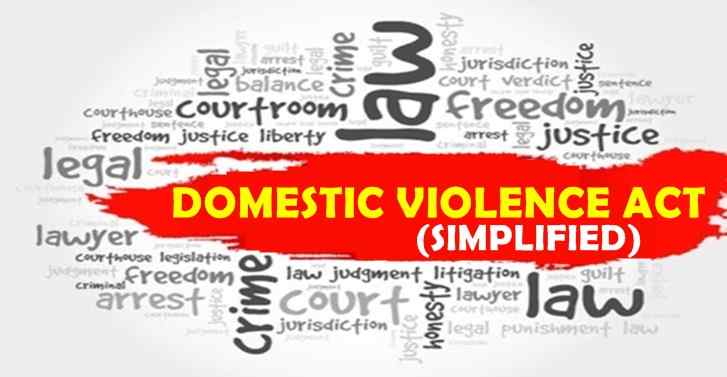 Since the beginning of the Lockdown, many newspapers have reported that the cases related to Divorce and Domestic Violence will increase in the coming future. âDomestic Violenceâ has become buzz word amongst people and itâs been observed, that laymen have unnecessarily got scared of this act. This article is an attempt to make such common people understand the legal provisions of the Domestic violence Act (2005) in a lucid manner.Â

What is the Domestic Violence Act?

This act was proposed in parliament in 2005, with an intention to protect women from any violent act at the domestic front and safeguard their rights. This act came into force from 26th October 2006.
Objectives of the Act.

Major Objectives of this act are as follows.

What a Victim Should do to?

An aggrieved person or her advocate can seek relief from a magistrate. Provided that before passing any order on such application the magistrate shall take into consideration any domestic incident report received by him from the protection officer or Police. The magistrate can issue the notice for following relief benefits to the aggrieved party.
Compensation for domestic injuries (Sec. 12)
Right to reside in Shared Household (Sec. 17)
Protection Order (Sec.18)
Residence Order (Sec.19)
This is a very simple act and any aggrieved party can make use of provisions of this act. An aggrieved party can approach any of the above-mentioned authorities or simply appoint a good Lawyer to seek her rights.