Even If The Wife Is Earning, The Husband Have To Pay Maintenance 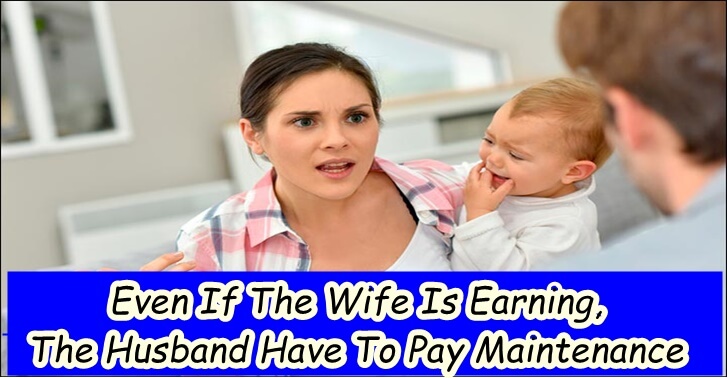 In the case, the Petitioner has challenged the order of interim maintenance @ Rs.60,000/- per month. The Petitioner challenged the order on the ground that he is a pauper and does not have any source of income and that the respondent wife herself is running a business. Here it would be relevant to mention that the respondent wife was maintaining her three minor children.

The High Court of Delhi dismissed the appeal and made the following observations in the case:

The mere fact that the respondent wife is earning does not absolve the petitioner of his responsibility to maintain his three minor daughters.Â It was also noted by the Court that the Petitioner is a businessman and had a good source of income as no reason or material has been placed on record by the petitioner to even prima facie show that he is incapable or incapacitated from earning.

While allowing the interim maintenance to the wife, the Court was of the view that the Petitioner has a legal, social and moral responsibility to not only maintain his wife but also his children. Even if assuming that the respondent is earning, the same cannot be a reason for the petitioner to avoid the responsibility and duty of maintaining his minor daughters.

That no doubt, mother, if she is earning, should also contribute towards the expenses of the child but the expenses cannot be divided equally between the two. However,Â merely because the Respondent wife is earning, does not give an excuse to the husband to avoid working or undertake the responsibility of maintaining his children.