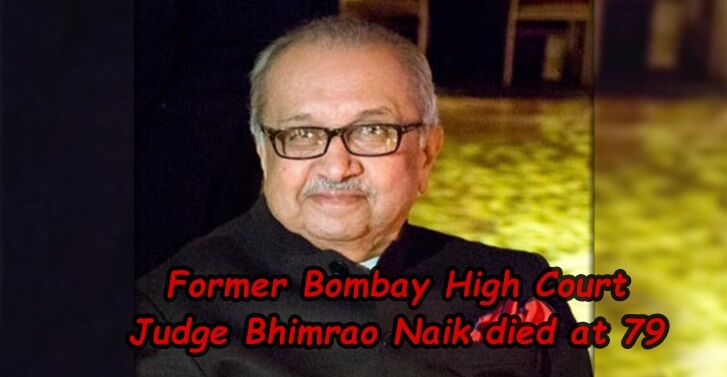 FormerÂ Bombay high courtÂ judgeÂ Bhimrao Naik passed awayÂ in Mumbai on Monday. He was 79. He was a judge for two years since 1992 before he resigned and went on to practice in the Supreme Court.
He was considered the king of cooperative law in the state and another unknown fact is that he trained many lawyers who have become HC judges and former Goa advocate general.

He was genial and kind-hearted, said many lawyers as the news spread. His juniors also recalled how he was helpful to them. He was also a former chairman of the Bar Council of Maharashtra in 1986 and part-time professor atÂ KC Law College.

President of Bombay Bar Association Milind Sathe said, "He was a gentle giant and a roaring voice and had a roaring practice across areas of law including civil and constitutional law. His passing is a loss to the profession." That he was encouraging to the younger lawyers at the bar is what might be remembered most, said one lawyer fondly. His two sons, Ameet and Vineet, are lawyers too practising in Mumbai.