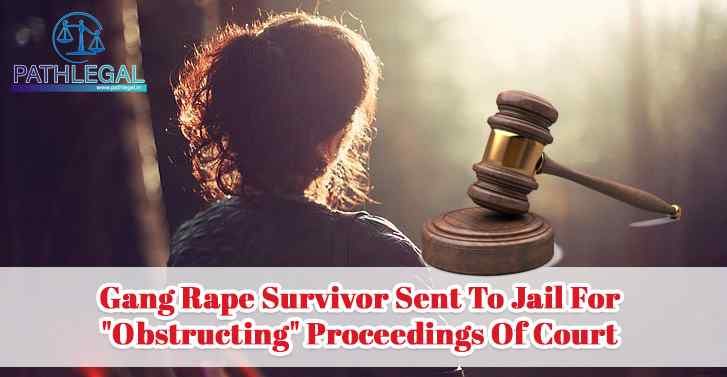 A 22-year-old gang-rape survivor was sent to jail by a court in Araria district of Bihar for allegedly obstructing proceedings of the court.

The court has also charged two social workers, who were assisting the victim, with a similar offence.

According to a report in The Print, the incident took place when the victim was recording her statement before a magistrate court in the rape case.Â

The report said that the rape survivor insisted that she would sign the statement only after it is seen by one of the social activists.

On July 7, the woman had lodged a complaint at the women police station in Araria alleging she was gang-raped a day before.

After an FIR was lodged, the woman was called to the court on July 10 to record her statement under Section 164 of the CrPC.

According to the police, the victim appeared before the court accompanied by two social activists from NGO Jan Jagran Shakti Sangathan.Â

As the judge asked the rape survivor to sign the statement, the girl demanded that the statement be read out to her by one of the activists. Police said no one is allowed to accompany the complainant during the recording of the statement before the magistrate.