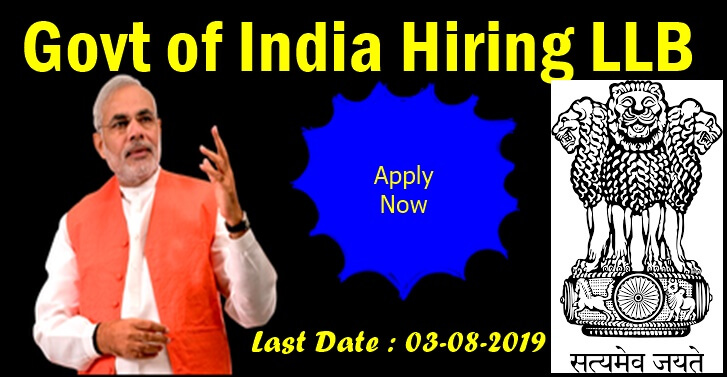 ii) 15 years' experience, after obtaining minimum educational qualification in Legal Affairs, namely, Legal Practitioner; in Legal Service of the Government; teaching or conducting or guiding research in Law of which at least 8 years should be in the field of International Law or International Relations.

Deputation/ Re-employment (for ex-servicemen) The Armed Forces Personnel upto the rank of Brigadiers and equivalent rank holders in Navy and Air Force, who are due to retire or to be transferred to reserve within a period of one year and having the requisite experience and qualifications prescribed shall also be considered. Such persons would be given deputation terms up to the date on which they are due for release from the Armed Forces; thereafter they may be continued on re-employment. In case such eligible officers have retired or have been transferred to reserve before the actual selection to the post is made their appointment will be on Re-employment basis. (Re-employment up to the age of superannuation with reference to civil posts)

3. Interested applicants may send their applications through proper channel in the given proforma in duplicate to the undersigned within a period of six weeks from the date of publication of this advt. in the Employ ment News. Applications received after the last date or otherwise incomplete are not likely to be considered.

4. Pay of the selected officers shall be fixed in the scale of the post in accordance with rules prescribed by the Government.

5. The following papers/document may also please be sent along with nomination:-

i. Statement of Bio-data in the prescribed proforma (as per Annexure) in duplicate duly signed and forwarded through proper channel.

ii. Attested copies of the CR dossiers for the last five years (attested on each page) by an Officer not below the rank of Under Secretary

To Get More Legal Jobs In India...DOWNLOAD OUR APP

v. A statement of major/ minor penalty, if any, imposed on the officer during the last 10 years.

Eligible candidates may send their application in the prescribed format (attached below) to Under Secretary (Cadre) Ministry of External Affairs Room No. 4086, "B" Wing, Jawahar Lal Nehru Bhawan, 23-D Janpath New Delhi-110001 within a period of six weeks from the date of publication of this advt. in the Employment News,


PathLegal has NO control on listed Items above as it's directly from customer. Incase of any discrepancy please write to [email protected]