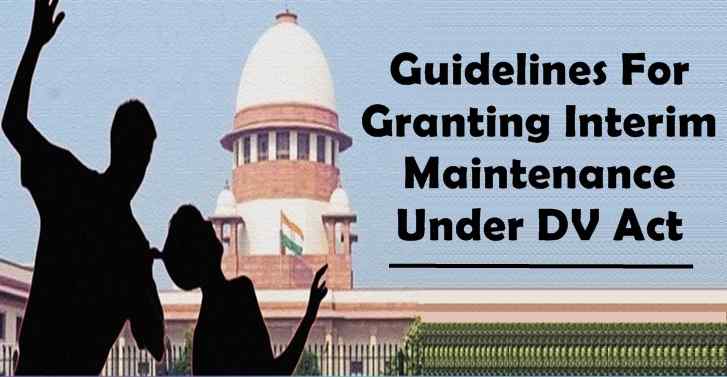 The order passed under sub section (2) DV Act would only be of ad interim in nature. In the light of the earlier findings the following guidelines could be laid to be followed by the trial Courts dealing with the applications filed under the Act.

(i)Notice of the application filed under Section 12 of the Act shall be served as provided in Section 13, complying the procedure laid in Rule 12 of Protection of Women from Domestic Violence Rules.

(ii)The notice is to be send in Form VII as prescribed under the Rules. (iii)The notice to be served on the respondent shall be accompanied by copy of application filed under section 12 and 23 if any.

(iv)The Magistrate can pass interim order under section 23(1) ex parte. But that ex parte order could be passed only after service of notice as provided under Rule 12(3) of the Rules.

(v)The Magistrate can pass an exparte ad interim order without notice to the respondent, as provided under section 23(2).

(vii)If on service of notice, the respondent fails to appear, Magistrate is to pass a final ex parte interim order under section 23(1) with or without modification of the ad interim order.

(viii)Magistrates shall bestow care and caution in granting ad interim ex parte order under section 23(2). Such relief is to be granted only if urgent orders are warranted on the facts and circumstances of the case and delay would defeat the purpose or where an interim orders is absolutely necessary either to protect the aggrieved person or to prevent any domestic violence or to preserve the then existing position.