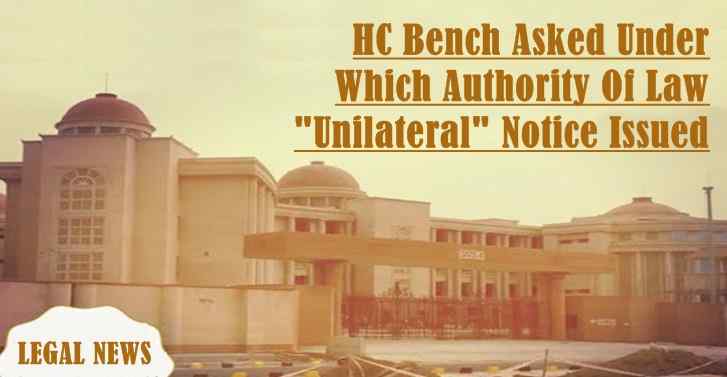 The Allahabad High Court Lucknow Bench on FridayÂ during the hearing of writ petition filed by the retired I.P.S S.R Darapuri, asked the UP Govt to satisfy the court that under which authority of law the impunged citation for recovery was issued to the petitioner seeking to recover damage caused to public and private property during anti-CAA protests last year.

The single bench of Justice Rajan Roy has asked the Yogi-Adityanath led Government in the state to "satisfy" the court as to the existence of such a provision in law, when the alleged incident occurred.

The Lucknow administration had issued recovery notices to Darapuri and around 50 others, in connection with the damage caused to public and private property during anti-CAA protests in the city on December 19, 2019.

The notice issued to Darapuri seeks to recover a sum of Rs. 64.37 lakh failing which the administration may confiscate his properties and realize the said amount by public auction.

While hearing a challenge to this notice, the court ordered the Government to,

"satisfy the Court as to under what authority of law the impugned citation for recovery of Rs. 6437637.00 has been issued to the petitioner and whether on the date of alleged incident there was any provision of law permitting such recovery, that too unilaterally, without any notice or opportunity of hearing."

The matter will come up for hearing as fresh on July 14.

The Supreme Court had also in January this year, issued notice to the government on a writ petition filed to quash the notices issued by the administration to recover public losses allegedly caused by persons protesting against the Citizenship Amendment Act.

The said case relates to power of the state Government to issue recovery notices vis-Ã -vis the Supreme Court's verdict in In Re: Destruction of Public and Private Properties v. Govt. of Appellant, (2009) 5 SCC 212, as per which the onus of assessment of damages and recovery from the accused lies on High Courts of every State.

Earlier this year, the UP government had promulgated the Uttar Pradesh Public and Private Property Damages Recovery Ordinance, 2020, to recover damages from any person/ miscreant causing damage to any private/ public property during protests/ demonstrations/ hartal/ bundh/ riots/ public commotion.