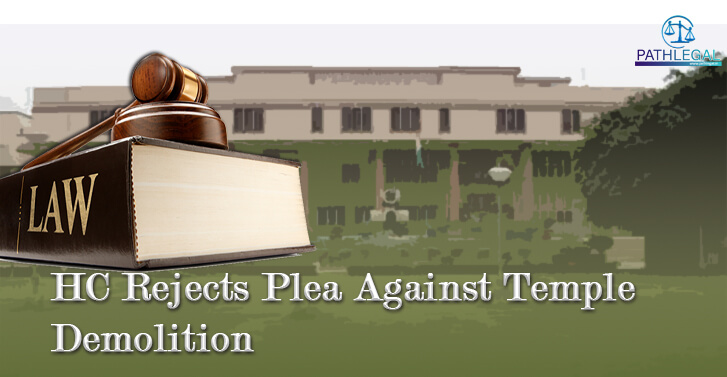 Court says such request has to come from the Delhi government

A Bench of Justices Hima Kohli and Subramonium Prasad said the High Court had in November last year rejected the report of a religious committee, headed by the Lieutenant-Governor, recommending that the temple ought to continue to exist at the site. The Delhi government had appealed against the order before the Supreme Court, which disposed of the plea in view of the statement made on behalf of the Delhi government that it would move a âsuitable applicationâ before the High Court for further directions.

âOnce such liberty was granted to the GNCTD, and so far, the GNCTD has not approached this court for any relief. We see no reason to entertain that application for intervention which is nothing but an attempt to re-agitate the same issue that has been considered and rejected by an earlier order dated November 14, 2019,â the court said.

The High Courtâs order came on an application made by Shri Manokamna Siddh Shri Hanuman Seva Samiti, a registered society, which has been entrusted with the upkeep of the Hanuman Temple, at Katra Dulia, Main Chandani Chowk.

The society said it was aggrieved by the October 31, 2020 order issued by the North civic body, proposing to demolish the temple on November 1. The plea said the temple has not been demolished till now.