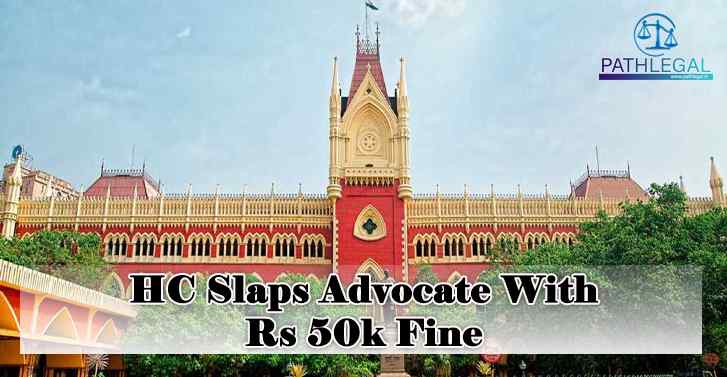 The Calcutta High Court on Monday imposed aÂ fineÂ of Rs 50,000 on an advocate-on-record who filed a bail petition twice on behalf of Afiruddin Sheikh, ignoring the instructions of the court and tried to obtain an order passing the application as a new petition, for which the court took exception.

The court stated that theÂ advocateÂ tried to take the court for a ride. âSuch brazen attempt would not only tarnish the image of the judiciary but would also percolate a wrong signal to the litigants as well.â

The Rs 50,000 fine imposed on the advocate is to be deposited with the state legal services authorities within a month, the court directed. The bench of Justice Harish Tandon and Justice Tirthankar Ghosh expressed shock in the way the advocate had tried to take advantage of the Covid-19 situation and had applied through the virtual platform for a bail application.