How Important Is Public Interest Litigation Under Indian Law? 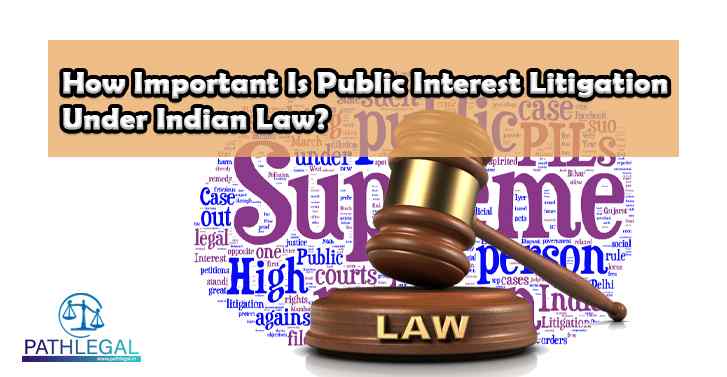 A Public Interest Litigation or PIL is a petition filed before the court for protecting the interests of public or concerning public issues at large. It can be filed by an individual in public-spirit or an NGO under Article 226 or Article 32 of the Constitution of India which means it can be filed before High Court or Supreme Court when remedy concerning any matter affecting the public at large is to be sought.

Article 32 of the Constitution of India speaks about:

Â â32. Remedies for enforcement of rights conferred by this Part

â SCOPE OF PUBLIC INTEREST LITIGATION: The Courts exercising their power of judicial review found to its dismay that the poorest of poor, deprived, the illiterate, the urban and rural unorganized labour sector, women, children, handicapped by âignorance, indigence and illiteracyâ and other down trodden have either no access to justice or had been denied justice. A new branch of proceedings known as âSocial Interest Litigationâ or âPublic Interest Litigationâ was evolved with a view to render complete justice to the aforementioned classes of persons. It expanded its wings in course of time. The Courts in pro bono publico granted relief to the inmates of prisons, provided legal aid, directed speedy trial, maintenance of human dignity and covered several other areas. Representative actions, pro bono publico and test litigations were entertained in keeping with the current accent on justice to the common man and a necessary disincentive to those who wish to by pass the real issues on the merits by suspect reliance on peripheral procedural shortcomings.â

2. Justice P. Bhagwati in S.P.Gupta v. President of India and Ors remarked that :

Thus, the Public Interest Litigation is filed for the benefit or at the larger interest of the public who are not able to approach the court or belong to the weakest section. For more details, please contact Lawyers in India.