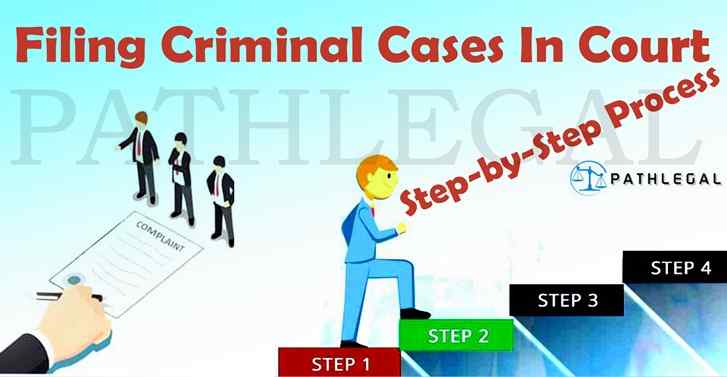 The procedure criminal cases typically begin when a person has been taken into police custody. Police may register an FIR if an officer has reasonable cause to believe that crime has been committed by the person. When the police refuse to register the FIR despite a specific complaint of cognizable offense, the complainant has the remedy to file an application under Section 156 (3) of the Cr.P.C. before the learned Magistrate. He can then direct the police to register the FIR and conduct an investigation. The investigation is done by police in reach of ascertaining facts and circumstances, collecting evidence and bringing it to a conclusion.

The accused may be granted bail subject to terms and conditions from the police station itself for bailable offences. The accused has to be produced before the magistrate within 24 hours of arrest.

The accused has the right to pleads guilty. If the accused pleads guilty, the court will record the plea. Also will convict him. If not guilty then the case is posted for trial.

During the evidence stage, the witness from both sides is enquired. The stages of evidence include Examination of Chief, Cross-Examination, and Re-examination. The prosecution is required to provide evidence to produce guilt of the accused. According to the Latin term âAudi Alteram Partemâ meaning "listen to the other side", or "let the other side be heard as well" section 313 CrPC. is recorded to meet the requirement of the principles of natural justice as it requires that an accused may be given an opportunity to furnish an explanation of the given material that had come against him in the trial. Criminal lawyers in India deals with criminal cases.

Both the defense counsel and Public prosecutor present the final arguments before the jury. On hearing all the argument the court comes to a conclusion whether to convict the accused or acquit him. A person convicted may file an appeal to the higher court.