How To Register Court Marriage in India? 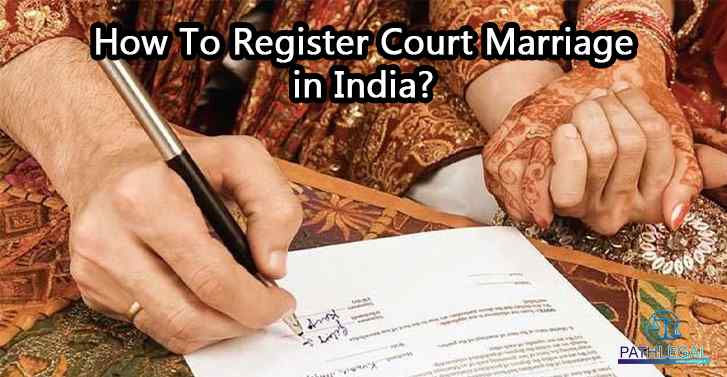 Court marriage is the marriage solemnisation of a man and a woman who are of marriageable age irrespective of caste, creed, religion and takes place in court in the presence of a Marriage Officer as well as three witnesses. Witnesses can be a family member, friend or a colleague and there should be three witnesses wherein each witness need a passport size photograph, residential proof, identification proof and PAN Card to be shown to the Marriage Officer. This governed by the Special Marriage Act, 1954. This makes it different from a big Indian wedding with many traditions and customs.

What Are The Conditions?

There are certain requirements in this marriage which are as provided in the Special Marriage Act. But then, it is not compulsory that both parties to a court marriage have to be Indian. It can happen between an Indian and a foreign national, also the parties can be of different religion.

What Are The Documents Required?

The required documents are :

In case, one of them is a foreign national then :