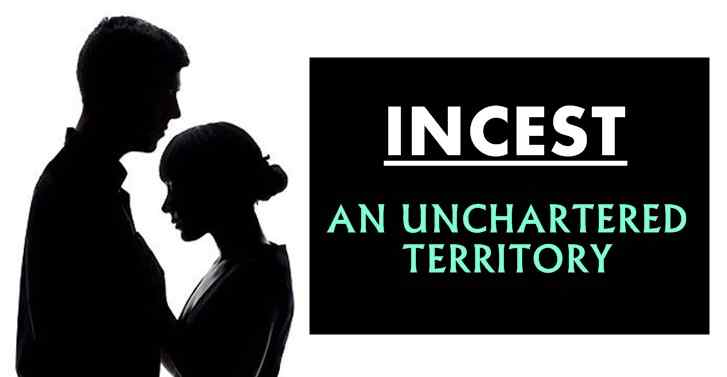 Today, I want talk about "Incest" which is an unchartered territory and has been completely ignored by our society and government as well. Surprisingly, the term or we can say the offenceoffence is not even covered under the Indian Penal Code, 1860 or under any other law. So, technically it's not even an offence in India.Â

Incest means "sexual relations between family members or close relatives, including children related by adoption" (Black's Law Dictionary). Also defined as " sexual intercourse between persons so closely related that they are forbidden by law to marry" (On-line Webster Dictionary).Â

In 2009 - The Incest Offences Bill, 2009 was introduced before the Rajya Sabha. The main purpose was to provide punishment for the offences relating to incest and for matters connected there with or incidental there to.Â

But now even after introduction of the said Bill for two times we are still on the same page. No Act has been passed regarding the same till date.

As per the National Crime Records Bureau in 2014;
Total no of cases reported for "Incestuous Rape" from all over India were 713 cases: Leaded by our Delhi with 140 cases and Maharashtra with 94 cases.Â

Now it's important to point out here the ages of children who faced this because that will only weigh the seriousness of this henious offence which is easily ignored by us and our law makers.Â

These are only reported one, now think about the unreported ones. A Society were we are living belief in hiding the dirty/criminal acts of our family members and non of us can deny this fact.Â

See the age of these children, every single day one or other child is being raped by her/his father, brother, uncle or neighbours. Known ones are more harmful as they are always around you.Â

Few days back I was reading judgement passed in 2019 by the Hon'ble Rajasthan High Court: it was held that the prosecution has failed to give clarity about the real age of the victim and therefore, we consider/assumed her to be 18 years old and hence, as per the statement given by the prosecutrix, there was consent of her and hence, the accused has been discharged from the charges framed against him.Â

This shows that even our judicial system is taking this offence so lightly and casually. Think what if she was not 18 years old at the time commencement of the offence?? What if she has be threatened by any mean to give consent before the Hon'ble Court?? What if she has been Raped by her own counsin brother?? What if one more criminal has been acquitted and set free to do more crimes??