Is Law Taken Into Hands By Police By Encounter Killing Of Criminals? 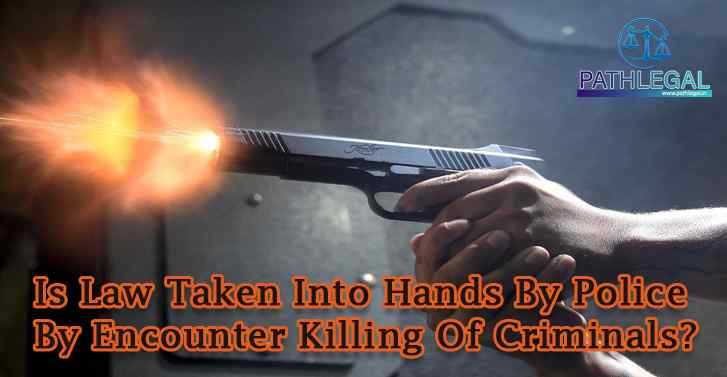 Encounter as we know is during a face-off between police and criminals wherein causing the death of the criminal while trying to arrest a criminal. Recently, the topic of encounter or extra-judicial killings is in the news regarding the death of criminal Vikas Dubey which has raised the question of police taking the law into their hands by encounter killing of criminals.

It has to be noted that the top Court has provided guidelines in this regard but then, encounters did occur. Then again, it is to be noticed that when a criminal is going to be arrested by the police then attempting to escape or tries to attack or shoots then the police has to do encounter for self-defence.

When self-defence comes, there are sections in the Indian Penal Code which are Section 100, Section 97, Section 102. Section 46 of the code of Criminal Procedure where police can use force which can even cause killing of accused when the accused is to be arrested if the crime done by accused is of such that the offence committed is punishable byÂ death or a life sentence.

Following are few of the encounter killings :

â We are of the view that in cases where a fake encounter is proved against policemen in trial, they must be given death sentence, treating it as the rarest of rare cases. Fake âencountersâ are nothing but cold blooded, brutal murder by persons who are supposed to uphold the law .â

To conclude, in case of genuine encounters the sections given under law can be invoked else if the encounter is fake then the police officer is found to be guilty. For further information regarding this matter, please contact lawyers in India.