Justice U U Lalit To Become Part Of Supreme Court Collegium 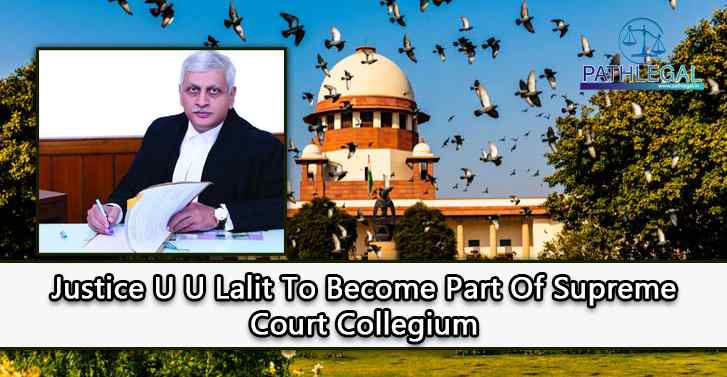 The Supreme Court collegium will have Justice U U Lalit as its new and fifth member, with Justice R Banumathi superannuating as a judge of the top court on Sunday.

The top court collegium, which comprises the five senior-most judges as its members, selects and recommends names for the appointment of judges in the Supreme Court.

Justice Lalit, who was directly made a judge of the top court from the Bar on August 13, 2014, will remain part of the collegium till he demits office as the CJI on November 8, 2022.

Justice Lalit would succeed Justice Ramana as the CJI on November 27, 2022, and will have a tenure of a little over two months as the head of the judiciary.

CJI Bobde will demit office next year on April 23.

Justice Bhanumathi, whose last working day was on July 17, was the second-ever woman to be part of the collegium after Justice Ruma Pal in the last 14 years.

With the retirement of Justice Banumathi, Justice Lalit becomes number five in the seniority of top court judges and would automatically become part of the collegium entrusted with the task of selecting and recommending names of judges in the Supreme Court.

The collegium which recommends names of persons for appointment of judges in high courts comprises three senior-most top court judges as its members.

There will be another vacancy in the top court and in its collegium as Justice Mishra is set to retire on September 2.

Before being elevated to the top court, Justice Lalit was one of the leading lawyers of the country.

He was enrolled as an Advocate in June 1983 and practised in the High Court of Bombay till December, 1985.

Justice Lalit was designated as senior advocate by the Supreme Court in April, 2004.

The top court had appointed him as the Special Public Prosecutor for the CBI to conduct trial in all 2G matters.