Latest Order on Rape And Murder By Supreme Court 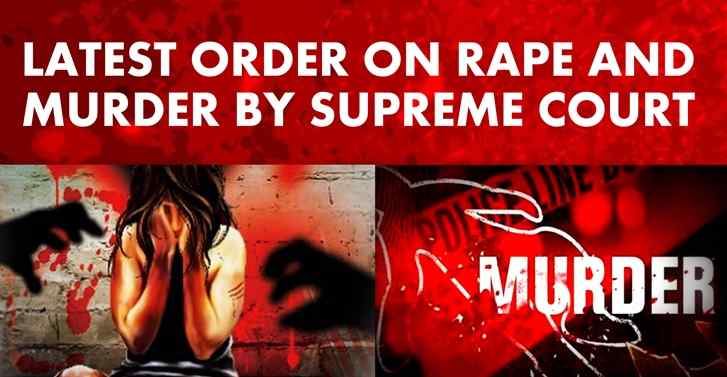 The Supreme Court acquitted the appellant who spent about thirteen years in prison after he was convicted in a rape and murder case.

Vinod @Manoj was convicted for the rape of a 14 Â½-year-old school girl and was imprisoned for life imprisonment. The accused and other boys used to tease the girl and on the day she was missing the accused was roaming around the house. The girl was found dead on after 2 days. There is no eye witness to the fact the girl was raped and killed by Vinod.

The case is based on circumstantial evidence. The circumstances born out from the record are as under:

2) The accused along with other boys was roaming around the house of the deceased in the evening on the date of the incident. This circumstance deposed by PW-7.

3. The recovery of âGudriâ (Mattress) from the house of the accused wherein semen stains were found.

The bench said that the prosecution has failed to prove other circumstances relied upon by it beyond a reasonable doubt. Accordingly, the benefit should go in favour of the accused. Hence, the appellant is acquitted for the charges levelled against him. Since he is on bail, the bail bonds stand discharged. He shall not be arrested in connection with this case anymore. Refer to the latest legal judgments in India to get other related orders on murder and rape cases.