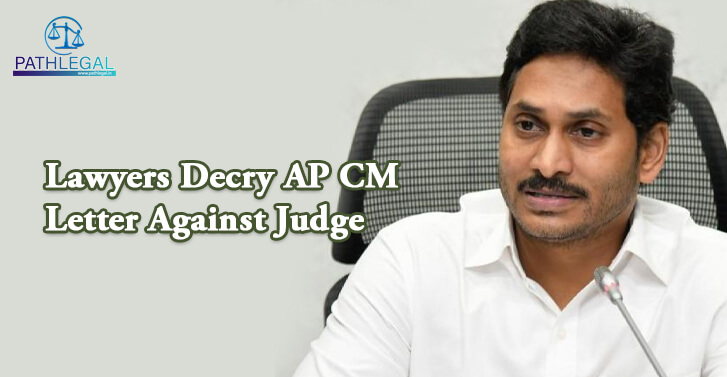 Two advocates - G S Mani and Pradeep Kumar Yadav, have filed a PIL in the SC seeking a direction for removal of Reddy from the post of CM for making scandalous allegations against judiciary, High Court and Justice Ramana and sought a CBI probe into the conspiracy behind writing of the letter to the CJI.

BCI chairman Manan Kumar Mishra said, "BCI is aghast and appalled at the reprehensible move by the Andhra Pradesh chief minister to target Justice N V Ramana, who is in line to become the next CJI. Several Judges of the Andhra Pradesh HC, including the chief justice, have also been targeted with the sole aim to undermine the independence of the judiciary and browbeat the judges to suit his own purpose."

Mishra said, "The sinister act of releasing the letter of the CM to the media is a clear manifestation of the conspiracy to scandalise and malign the judges, which is nothing but a subterfuge to shake the confidence of the public in the institution of the judiciary and administration of Justice. The fact that Justice Ramana is next in line to be the CJI, makes the intentions of these people more obvious."

"There is no gain saying that numerous criminal cases are pending against the chief minister. It appears that the CM by making his letter public through the media, has adopted the tactics to pressurise the Judge and tarnish his image and scandalise the institution... It must be noted that Justice Ramana was dealing with a Public Interest Litigation (filed by advocate Ashwini Upadhyay) for decriminalising politics," the BCI chairman said.

The Delhi High Court Bar Association, Supreme Court Advocates-on-Record Association, SC Women Lawyers Association and Delhi Bar Association, which have members across the three-tier justice delivery system in trial courts, HC and SC, have passed different resolutions but to the same effect of condemning Reddy for writing the letter and his aide holding a press conference on October 10.