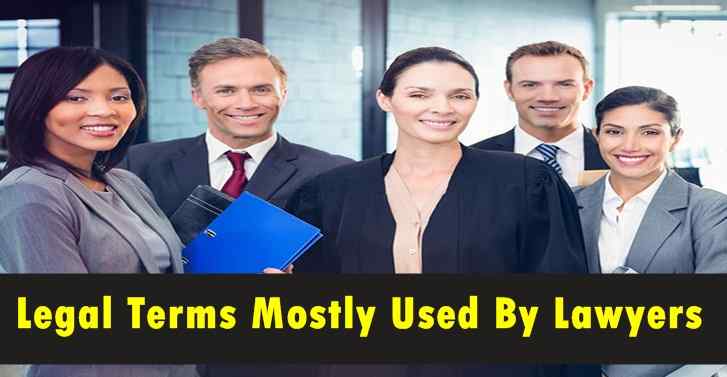 Following are the mostly used Legal Terms Used By Lawyers in India.

AppealÂ :Appeal is a process by which the correctness of the decision of a lower court or tribunal is questioned in a higher court.

Alimony: Money a court requires one spouse to pay the other spouse for support before and/or after the divorce is granted. If you do not ask for alimony at the final hearing, you can never get it in the future.

Allegation:Â Saying that something is true. The assertion, declaration or statement of a party in a case, made in a pleading.

Annulment:Â A court order declaring that a marriage is invalid.

Appeal Bond:Â Money paid to the court while taking an appeal to cover costs and damages to the other party, if the appeal is not successful.

Arbitration: Submitting a case or dispute to designated parties for a decision, instead of using a judge.

Bail:Â Also called Bond. Money or property given to the court for the temporary release of a defendant, to ensure that the defendant will return to court.

Bond:Â Also called bail. Money or property given to the court for the temporary release of a defendant, to ensure that the defendant will return to court. There are two kinds of bonds.

Charge:Â Formal accusation of a crime.

Child:Â Any person under the age of sixteen (16) years of age.

Child Support:Â Money paid by a parent to help meet the financial needs of a child.

Common Law:Â Laws that develop through case decisions by judges. Not enacted by legislative bodies.

Community Service:Â Work that convicted defendants are required to perform in order to repay the community for the harm caused to the community by the crime. WHY LAWYERS IN INDIA WEAR A BLACK AND WHITE DRESS! EVERY LAWYER SHOULD KNOW THESE 6 LEGAL MAXIMS!! 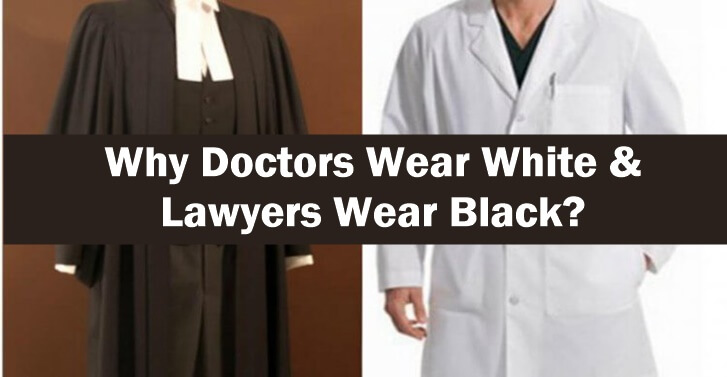 
Discovery:Â A formal request by one party in a lawsuit to disclose information or facts known by other parties or witnesses.

Dismissal:Â A judge's decision to end the case.

Dissolution:Â The legal end of a marriage, also called a divorce.

Drug Court:Â A Special Session of the Superior Court that is responsible for hearing cases involving charges of drug offenses.

Ejectment:Â A legal case filed against someone who is a holdover tenant (someone who remains after the expiration of a lease).

Evidence:Â Testimony, documents or objects presented at a trial to prove a fact.

Felony:Â Any criminal offense for which a person may be sentenced to a term of imprisonment of more than of one year.

Finding:Â The courtâs or juryâs decision on issues of fact.

Guardian Ad Litem: A person, usually a parent, appointed by the court to represent a child or unborn person in a court case. If a family member is not available, a judge may appoint an attorney.

Interpreter: The person who correctly translates court hearings from a second language to English.Â  An interpreter is provided at no cost to the person who needs the interpreter in all casesÂ where the person's life, freedom, children or housing are at risk of being taken away.Â  Interpreters are also provided for criminal and child support cases.Â

Interrogatory: Formal, written questions used to get information from another party in a lawsuit. 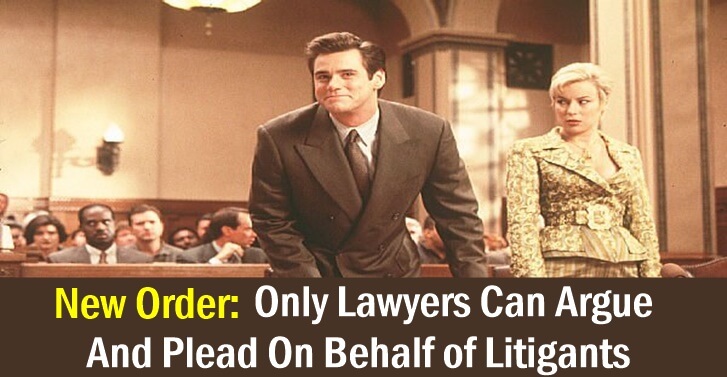