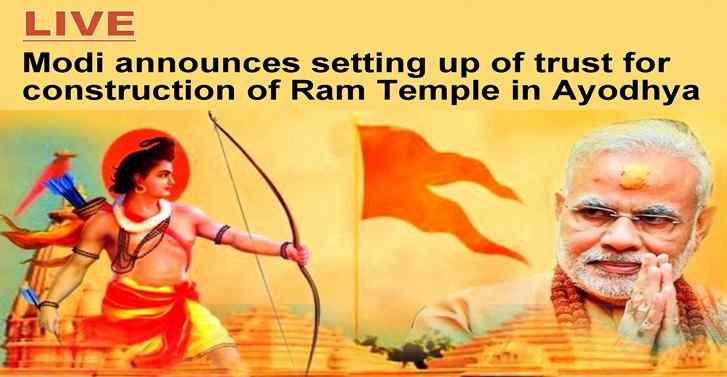 The parliament budget session 2020 resumes on Wednesday. On Tuesday, some of the talking points were the Anant Hegde's remarks on Mahatma Gandhi, that forced an early adjournment in the Lok Sabha,Â the NRC and the delayed hanging of the convicts in the Nirbhaya case.

Papers to be laid on table in Rajya Sabha.

Cabinet to set up trust for construction of Ram Temple in Ayodhya: Modi

"The Union Cabinet has decided to set up trust for construction of Ram Temple in Ayodhya. The people of the country have shown great maturity in accepting the court order and I praise them for this maturity.

The government has decided 67.703 acres of land to this trust. We believe in the philosophy that the world is one family and everyone should be happy. People professing every sect and every religion, be they Hindu, Muslim, Sikh, they are all part of the larger Indian family.

That's why my government has followed the principle of Sabka Saath, Sabka Vikas and Sabka Vishwaas. Come, let's all speak in one voice to realise the dream of a grand Ram Temple."

Just before the Question Hour began, Mr. Modi said the trust has been named as the Shri Ram Janmabhoomi Teerth Shetra. He said the Uttar Pradesh government has agreed to give five acres of land to the Sunni Wakf Board as directed by the Supreme Court in Ayodhya matter.

This is after the Supreme Court of India gave judgment in Ayodhya case where it was ruled in favour of Ram Janmabhhoomi. The Ram Temple would be given the site which was in dispute in the case and the mosque to be built onÂ a five-acre land which would be given.