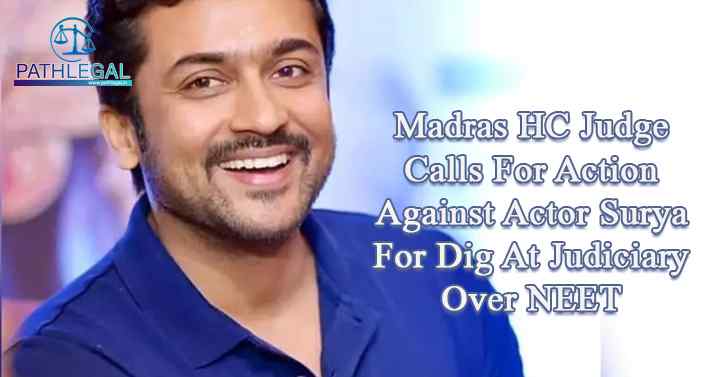 A day after Tamil actor Surya blamed the courts for forcing students to appear for NEET amid the pandemic, Madras High Court judge Justice S M Subramaniam wrote to Chief Justice A P Sahi, seeking contempt proceedings against him.

Suryaâs statement on Sunday came after four NEET candidates in Tamil Nadu committed suicide allegedly due to stress and anxiety in writing exams amid the pandemic. He said, âCourts were delivering justice through video-conferencing due to life-threatening coronavirusÂ Â fears (but) are ordering students to fearlessly go and write the exams.â

On Monday, sources close to Justice Subramaniam confirmed that he sought action against Surya by arguing that the actorâs statement âamounts to contempt of court as the integrity and devotion of the honourable judges as well as the judicial system of our great nation are not only undermined but criticised in a bad shapeâ¦â