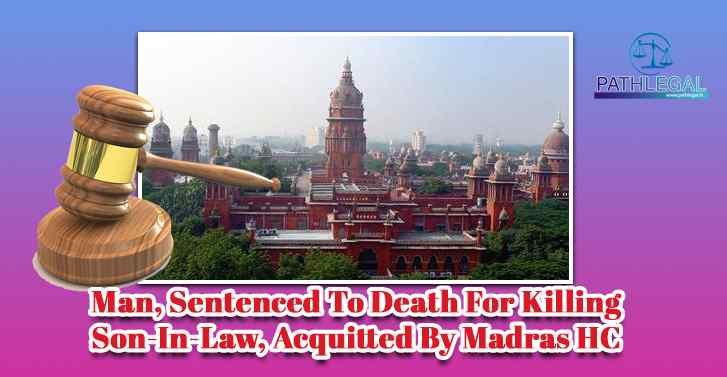 The Madras high court acquitted on Monday a man found guilty of the daylight killing of his son-in-law, a Dalit, and commuted the death sentence handed to five others in connection with the gruesome crime that sparked public outrage in Tamil Nadu over four years ago.

A division bench of justices M Sathyanarayanan and M Nirmal Kumar acquitted B Chinnaswamy, the father of Kausalya and a member of the dominant Thevar caste, and relieved him of all charges, including criminal conspiracy. The court sentenced five others to life imprisonment for a minimum of 25 years without right to remission.

Kausalyaâs husband, Shankar, 22, was hacked to death in front of her in Tirupur districtâs Udumlapet on March 13, 2016, a chilling crime that was captured on a closed circuit television camera (CCTV). Kausalya, then 19, suffered serious injuries in the attack. The couple fell in love while studying in an engineering college in Pollachi, and married against the wishes of Kausalyaâs family in 2015.

In December 2017, the Tirupur district sessions court sentenced six people, including Chinnaswamy, who was accused of being the mastermind, to death. Of the 11 accused in the case, three people â Kausalyaâs mother, maternal uncle and a minor â were cleared of all charges. Two others got lesser sentences.

Chinnaswamy and the other convicts petitioned the high court against the verdict. The five sentenced to 25 years in jail on Monday were the men who were hired to kill Shankar, according to a report on The News Minute.

Chinnaswamyâs lawyer, ARL Sundaresan, told the website that the prosecution was not able to prove any conspiracy between Chinnaswamy and the gang.

In a statement released on social media, Kausalya condemned the verdict and said she will continue to fight for justice. âI will fight until my Shankar gets justice,â she said.