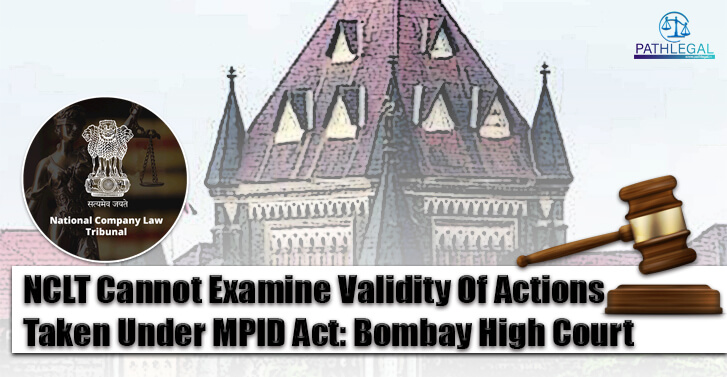 The Bombay High Court,Â last week, struck down a National Company Law Tribunal (NCLT) order in January 2019 de-freezing a companyâs bank account attached in connection with the National Spot Exchange Limited (NSEL) case. It said the NCLT has no jurisdiction to examine the validity of actions taken under the Maharashtra Protection of Interest of Depositors (In Financial Establishments), or MPID Act.

â...it is only the Designated Court constituted under the MPID Act that will have exclusive jurisdiction...â said a bench of justices SC Gupte and justice Madhav Jamdar.

The NCLT had de-freezed the bank account of Dunar Foods Ltd. The Mumbai policeâs Economic Offences Wing had attached the account in connection with the NSEL case.

The State Bank of India had initiated proceedings against the company under the Insolvency and Bankruptcy Code, 2016, for a defaulting on a debt of Rs758.73 crore.

Deputy collector, a competent authority under the MPID Act, moved the high court challenging the NCLT order, saying the tribunal has no jurisdiction to order the de-freezing.