National Register of Citizens of India NRC documents and draft 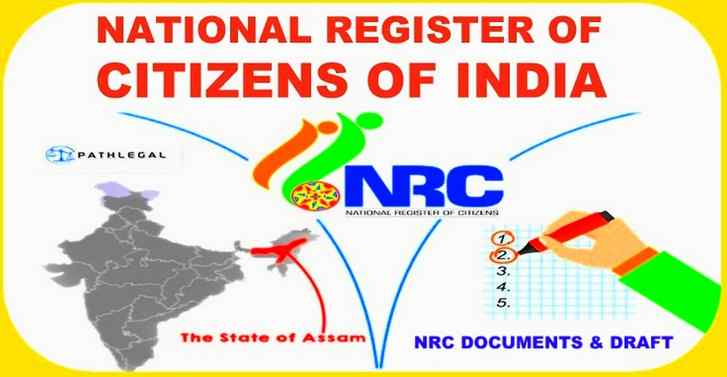 1.Â Â Â Â Â Â  According to the Citizenship Act 1955, it is the responsibility of the union government to gather information about every family living in our country.Â

2.Â Â Â Â Â Â  In 2004, Section 14A of Citizenship Act 1955 was an amendment under which it is mandatory for every citizen of Indian nationality to register themselves on the National Register of Citizens (NRC). ItÂ was updated in 2015-16 to specify that except Assam and Meghalaya, the entire countryâs population must be registered.Â

3.Â Â Â Â Â Â  The union government started the NRC Act to stop the people living illegally in Assam. Counted among the worldâs largest campaigns works based on detect, delete, deport under which it will be detected whether a certain person is an Indian citizen and those people not belonging to India willÂ be sent to their respective countries.Â

5.Â Â Â Â Â  National Register of CitizensÂ consider the person who is not named in the register an illegitimate citizen. Union government made the NRC after the 1951 census and it contains the name of every citizen living in every house of every village of India.Â

6.Â Â Â Â Â Â  The NRC report shows whether a person is a citizen of India. NRC data was first updated in 1951.Â

7.Â Â Â Â Â Â  After the formation of Bangladesh in 1971, many refugees entered the territory of Assam, which led to an increase in the population of the State. In 1980, All Assam Students Union (AASU) started a protest against this. After 6 years of struggle, theÂ Assam accord was signed in 1985. This accord included a provision for updating the NRC for the identification of illegal immigrants.Â

8.Â Â Â Â Â Â  According to the order of the Supreme Court, census work started in 2015. On this year on January 1.9 Crore people are registered on the Assam citizen register while 3.29 crore people had applied.Â

9.Â Â Â Â Â Â  To register under NRC the people of Assam need to apply manually and prove that they are living in the state before 24th March 1971 for which they need to submit any of the ten documents that the state government accepts. If they do not prove the above, then they wonât be considered a citizen of India and will be sent to their respective countries.Â

11.Â Â Â Â Â  Under the supervision of the Supreme Court, NRC preparation in Assam is going on. Previously it was to be published by 31st July 2019 but due to non-completion of the work in hand, this date has been further shifted to 31st August 2019. There are chances that this date could be further shifted.