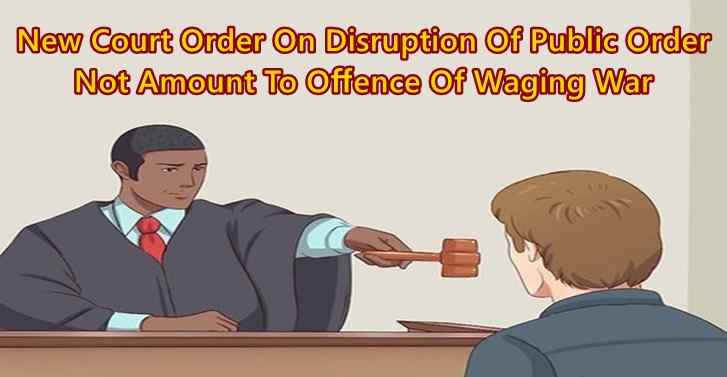 AÂ  Panchkula Court in Haryana dropped charges of waging war against India on Saturday under sections 121,121A IPC. The case had been charged against Honeypreet, the adopted daughter of convict Gurmeet Ram Rahim Singh, and 40 other accused in the 2017 Panchkula carnage case. Additional District and Sessions Court Panchkula Said, âas per the planning of the alleged meeting, the object was of private nature and the primary object was to gather the devotees in large numbers for favorable decision for Baba and in case the decision was given against Baba,it was allegedly planned to carry out rioting, arson and to attack the police to get the Baba freed from police custody. The object was thus confined to the interest of the Dera followers/devotees and not common to the whole community and the object sought to be attained was of great public natureâ.

Honeypreet was the prime accused in the violence which is broken out in Panchkula after conviction of the Dera Chief in rape cases by the CBI Court Panchkula. It is claimed that she had conspired to incite violence in Panchkula after Rahimâs conviction. In a complaint lodged by a Journalist namely Sanjiv Mahajan, Honeypreet and Aditya Insan had held the meeting at Dera Sacha Sauda, Sirsa and had planned in the meeting that in the event of decision against Dera Chief rioting is to be done and planning was made to get Dera Chief freed from police custody. She also by giving indication instigated the devotees gathered at Panchkula to burn buildings, vehicles and damage the Government buildings so that the Government comes to know about their power. Subsequently, when Baba was convicted their plan was executed.

Charges were framed against Honeypreet and other Dera followers accordingly under provisions of IPC, related to unlawful assembly, criminal conspiracy, waging of war against India, etc. It is one of the topmost legal judgments in India.

The court noted that an âintention to wage war was missing from the accused personâs acts. It said,â In cases involving offenses under sections 121,121-A IPCÂ  the most important element is the intention and purpose behind the defiance or uprising against the Government and the object and intention must be to attain by use of criminal force and violence an object of general public nature striking directly against the Government Authority.â

The Supreme Court cautioned the courts against treating every act of lawlessness as an act of waging war. The charges for sedition under Sections 121 ana 121-A IPC were dropped accordingly. The case has been sent back to the CJM court where it will come up for hearing on November 6, to the remaining offenses under Sections 145,146,150,151,152,153,120-B,120,216,201 of IPC.