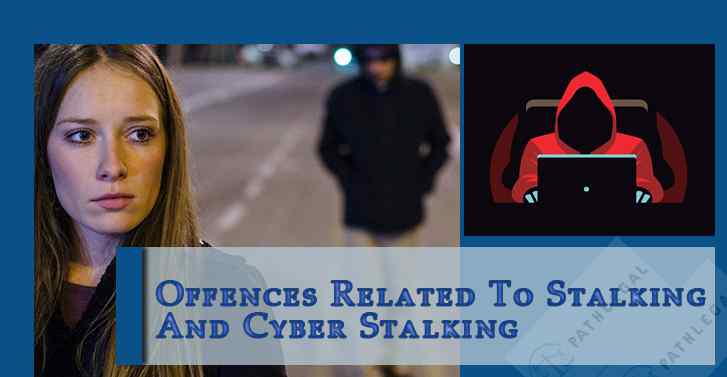 This might seem harmless but at the receiving end is the victim who feels his/her privacy is being intruded and sometimes has to leave job, place and even identity to escape from being stalked and move to a different city in a different identity for another job. The feeling of being stalked can be dreadful and makes a person sleepless and disturbs the mind of the victim.

This type of stalking is possible with the internet or through electronic media and tries to know more about the victim the stalker is stalking by going through their details given online. This is a crime and it is more frequent on social media.

Cyberstalking is on the rise. The victim is harassed by e-mails or social media or through any other mode of communication using electronics and the internet. The behaviour can turn out to be extremely offensive. When the victim feels like he or she is being targeted always, it can give emotional distress and instill in them a kind of fear that they would be harmed physically.

Stalking was recognized in the Criminal Law Amendment Act of 2013 in which the Indian Penal Code was amended where stalking is considered as an offence under Section 354D.

Section 354D of Indian Penal Code is as follows:

1. follows a woman and contacts, or attempts to contact such woman to foster personal interaction repeatedly despite a clear indication of disinterest by such woman; or

2. monitors the use by a woman of the internet, email or any other form of electronic communication,

commits the offence of stalking ;

Provided that such conduct shall not amount to stalking if the man who pursued it proves that âit was pursued for the purpose of preventing or detecting crime and the man accused of stalking had been entrusted with the responsibility of prevention and detection of crime by the State; or it was pursued under any law or to comply with any condition or requirement imposed by any person under any law; or in the particular circumstances such conduct was reasonable and justified.

The laws related to cyberstalking under Â Indian Penal Code :

2.Section 354C deals with Voyeurism. It is the taking image of a woman while she is engaged in a private act and disseminating the image without her consent.

3. Section 499 in which the victim can file a defamation case

4. section 354A deals with the offence of sexual harassment

5.Section 509 where privacy of a woman is intruded and insults her modesty.

The significant step of enacting the Information and Technology Act,2000Â  is for cyber offences. Some of the provisions under this Act are :

1. If a person makes fake accounts to stalk a person online or resorts to online stalking then it is an offence of impersonation under Section 66D

2. If online stalkerÂ  sexually harasses victim by sending unfavorable or obscene pictures, then it is an offence under Section 67

a.Â  if materials containing sexually explicit acts are transmitted then it is an offence under section 67A

b. Section 72 of the Information and Technology Act,2008 deals with online stalking where the stalker has gained access to any record of the victim without his or her consent and discloses the same to any other person shall be imprisoned to a period up to two years or liable to pay fine which may extend to one lakh rupees or both.

Hence, stalking whether online or offline is a serious crime in India which has gone up at a faster pace. Lodge a complaint with the cyber cell under the IT Act in cases of online stalking andÂ  Indian Penal Code in case of offline stalking. For further details, contact Lawyers in India.